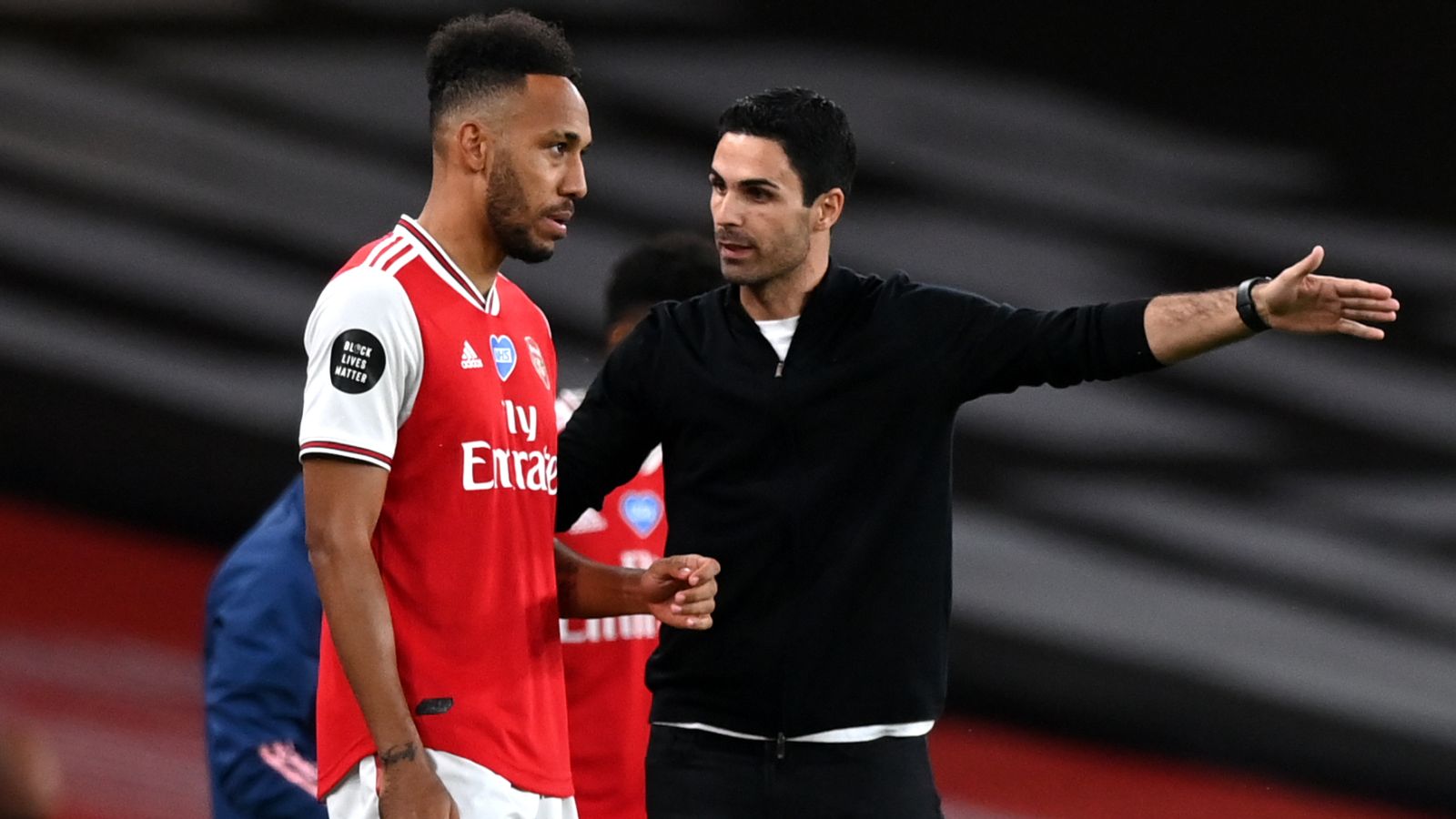 Arsenal legend Emmanuel Petit thinks all of the parties benefitted from Pierre-Emerick Aubameyang’s exit as “everyone is happy”.

The striker left Arsenal in February following his fallout with Mikel Arteta. His last appearance for the Gunners came against Everton at the start of December.

Following a string of disciplinary issues, Aubameyang was stripped of the captain’s armband and he joined Barcelona for free.

The 32-year-old has hit the ground running for the Spanish giants. He has grabbed nine goals in eleven games for his new team.

Arsenal meanwhile have fared well without him. They have moved up to fourth in the Premier League.

Arteta’s side are three points clear of Tottenham with a game in hand.

Petit thinks both Arsenal and Aubameyang “have won for the future”:

“Arsenal and Aubameyang won. Both of them have won for the future. Aubameyang has made a big impact in the dressing room in terms of mentality. He (Arteta) was ruthless,” Petit said (quotes via The Mirror).

“Aubameyang’s quality didn’t disappear in one day and when you sign for Barcelona, the expectation is very high and he has to improve himself again as a player. Arsenal and Arteta won and so did Aubameyang so everyone is happy.”

After the match, Agbonlahor lambasted Arteta’s players for their celebrations, saying they acted “like they had won the Champions League”.

TalkSPORT presenter Laura Woods responded to her colleague, stating that he should not criticise players for celebrating.

She said: “Just stop penalising people for celebrating Gabby – it’s just football, at the end of the day. You have to be able to celebrate.”

The former Villa striker has taken Woods’ criticism on board, saying that he made the comments out of “jealousy”.

“I think it was a bit of jealousy from me,” Agbonlahor said.

“So I take that comment back and apologise to Arsenal fans. Their celebrations were fine, and I am sure Arsenal will get that top-four position.”