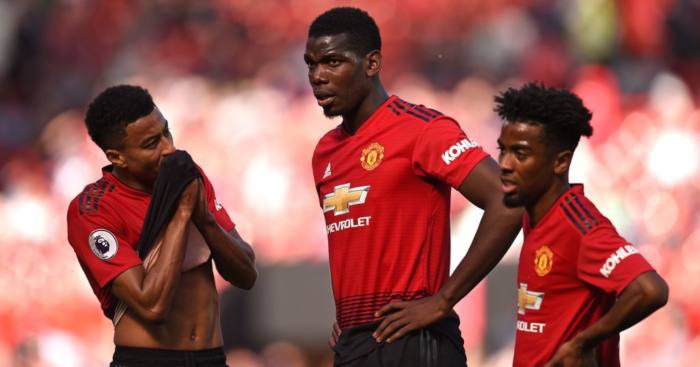 Patrice Evra thinks Manchester United are in danger of falling “like Liverpool, AC Milan or Arsenal were” after many years of sustained success.

Sir Alex Ferguson won 13 titles during his time as United manager but since he left in 2013 the club have failed to find a formula to become champions again.

They finished the 2018-19 campaign in sixth place in the Premier League, 32 points behind rivals Manchester City and the same amount ahead of relegated Cardiff City.

And Evra believes the squad lacks quality with only Paul Pogba and David de Gea capable of playing at the highest level.

Evra told Sky Sports: “I will be honest with you, I love all of them. I see them a lot – when I go to the games, I visit them in the dressing room and encourage them – they know how much I love them.

“But name me one or two players who can play for Real Madrid, Juventus or Bayern Munich? It’s a few. I would say Paul Pogba and David de Gea. I have a lot of respect for the rest of them.”

Evra added: “I think one of the most important things the club has to resolve is hiring a director of football. It’s going to be hard to find the right man.

“I’ve got the fear, even though I am positive, I don’t want United to become like Liverpool, AC Milan or Arsenal were – they have to wait many years to get back at the top. The future doesn’t look bright.”