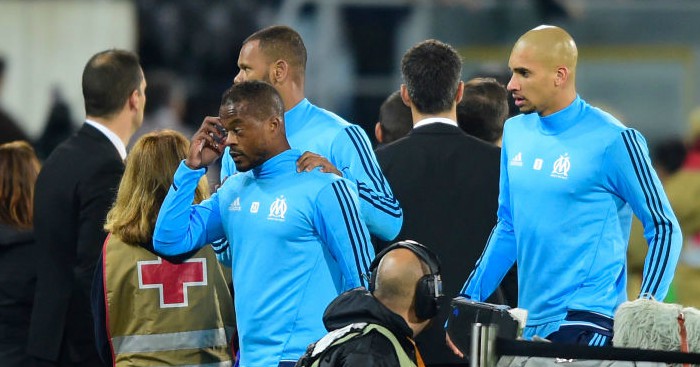 Marseille defender Patrice Evra was sent off before his side’s Europa League clash against Vitoria de Guimaraes after kicking out at one of his own supporters.

The former Manchester United left-back was involved in an altercation during the warm-ups in Portugal and was shown a red card before kick off.

According to reports, several Marseille supporters jumped over the barriers to exchange words with the 36-year-old.

Evra was originally listed as a substitute for the European clash therefore Marseille were allowed to start the game with 11 men.