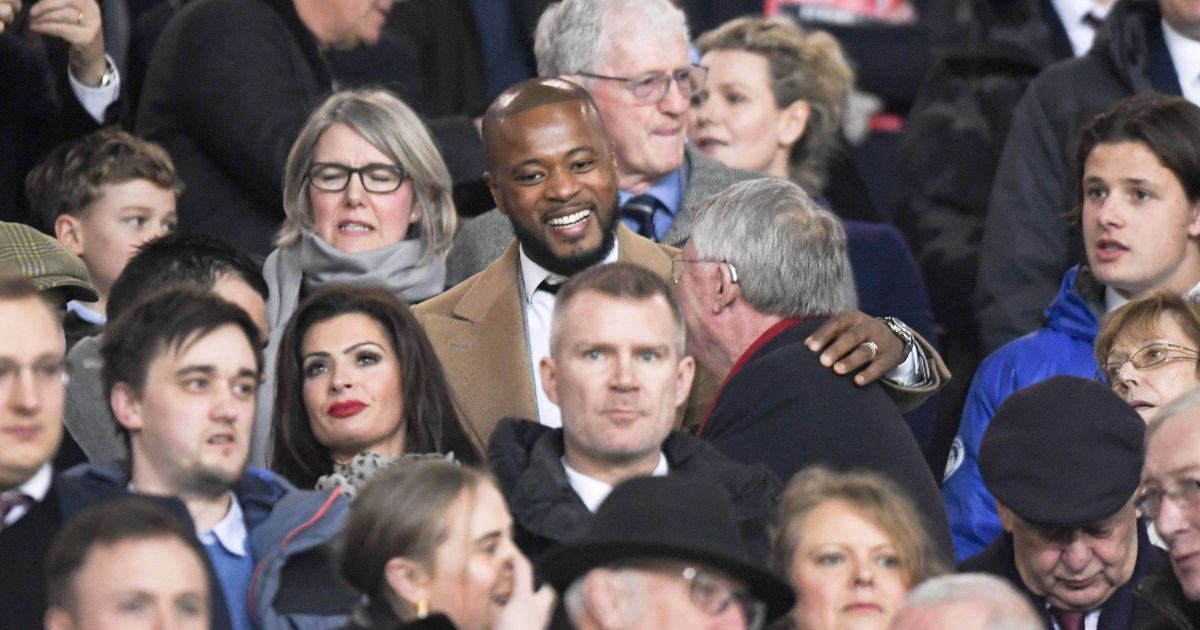 Scotland’s first match at Euro 2020 might not be until Monday, but Patrice Evra is already dressed for the occasion with a kilt and fake bottom.

The former France and Manchester United left-back has shared an social media video of himself dancing while carrying bagpipes and wearing a kilt – which he then proceeds to lift to reveal the faux derriere.

“LORD EVRA thank you to all my #scottish people,” Evra posted.

The 40-year-old has become well known for his quirky social media output in recent years, often coupled with his catchphrase “I love this game” – which in this instance was scrawled on his plastic buttocks.

His latest video has proved a hit online, with United and Spain goalkeeper David De Gea responding with a number of laughing emojis.

A five-time Premier League winner, Evra also shared a video of himself dancing with joy on Friday as the European Championship began.

In recent years Evra has both delighted and confused fans with his social media posts.

A video of himself provocatively slapping and kissing a raw chicken went viral in 2018.

Scotland begin their Euro 2020 campaign against the Czech Republic at Hampden Park on Monday at 2pm.

Meanwhile, Scotland players will take the knee in solidarity with their England counterparts when they meet at Wembley.

The Scots had confirmed on Thursday they would continue standing together in opposition to racism before their European Championship games.

But the reaction to their decision – both negative and positive – has prompted a partial rethink 24 hours later.

Scotland will still stand before their Hampden Park games but make an exception for their Auld Enemy encounter in London on June 18 as a gesture of togetherness with their opponents, who were booed by some of their own fans when they kneeled ahead of two warm-up games at the Riverside Stadium in Middlesbrough.

Head coach Steve Clarke felt their announcement that they would stand against racism had been “politicised or misrepresented” in some quarters.

“In light of divisive and inaccurate comments being perpetuated by individuals and groups, whose views we denounce in the strongest terms, we have reflected today as a group,” Clarke said.

“We remain committed to our principles of taking a stand but we must also be unequivocal in condemning the opportunistic false narrative being presented by some.

“We have therefore agreed that we will show solidarity with our counterparts in England, many of whom are team-mates of our own players, and who have found themselves on the receiving end of abuse from fans in recent international matches.

“We will continue to take a stand – together, as one – for our matches at Hampden Park. For our match at Wembley, we will stand against racism and kneel against ignorance.”

Clarke added that Scotland had begun standing for their opening World Cup qualifiers in March.

Days earlier Motherwell and Dundee United switched from taking the knee to standing in a bid to revive the anti-racist message.

The following day both Celtic and Rangers players stood in solidarity with Ibrox midfielder Glen Kamara soon after he was racially abused by Slavia Prague player Ondrej Kudela, whose 10-game UEFA ban rules him out of the Czech Republic’s clash with Scotland on Monday.

Clarke said: “I explained in March the rationale behind the squad decision: not only is it consistent with the collective approach from Scottish football above but the purpose of taking the knee, to raise awareness and help eradicate racism in football and society, has been diluted and undermined by the continuation of abuse towards players.

“For the avoidance of doubt: me, my coaching staff, my players and my backroom team take a stand against racism and all forms of unacceptable and discriminatory behaviour across society.

“We do so to raise awareness of the ongoing problem but also as a reminder to those who have the ultimate power and responsibility to implement meaningful change.”

Skipper Andy Robertson stressed that the squad’s reasoning was to keep the focus on meaningful change to fight discrimination in football and society.

“In Scotland, the football family has stood against racism all season,” the Liverpool player said. “It was our collective view that the national team would do the same.

“Our stance is that everyone, players, fans, teams, clubs, federations, governing bodies and governments must do more. Meaningful action is needed if meaningful change is to occu

“But it is also clear, given the events around the England national team, taking the knee in this tournament matters as a symbol of solidarity.

“For this reason, we have collectively decided to again take the knee as a team for the fixture against England at Wembley Stadium.

“The Scotland team stands against racism but we will kneel against ignorance and in solidarity on June 18.”