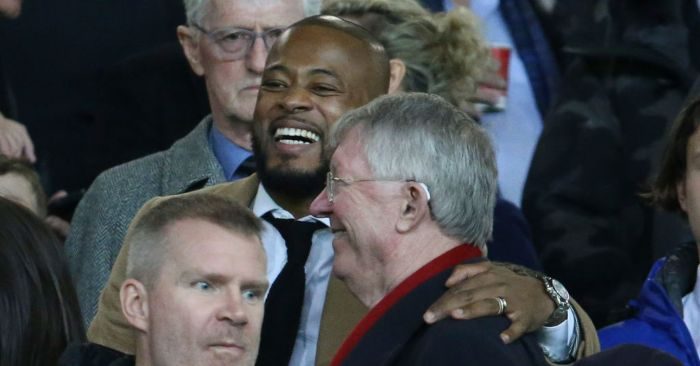 Patrice Evra will make a living out of telling children he loves this game after taking up a role as Manchester United youth coach.

Evra retired from playing in July and has wasted little time in taking the next steps of his career.

The Frenchman will undertake his UEFA coaching badges while he works with Neil Ryan’s United U18 team.

Evra, who won five Premier League titles and became a European champion in eight years at Old Trafford, had last featured for West Ham in 2018.

The former left-back spoke of his desire to manage in an interview with Gazzetta dello Sport, saying: “I started training for the UEFA B Coaching License in 2013, now I want to finish it and then go on to get the UEFA A license.

“In a year and a half, if everything goes well, I’ll be ready to lead a team.”

I can’t Describe how I feel right now !!! Just wearing that training coach kit made me one of the most happy man thank you @manchesterunited for helping me to complete my coach badges!!! Day one done ✅ #ilovethisgame #positive4evra #love #family #manchesterunited