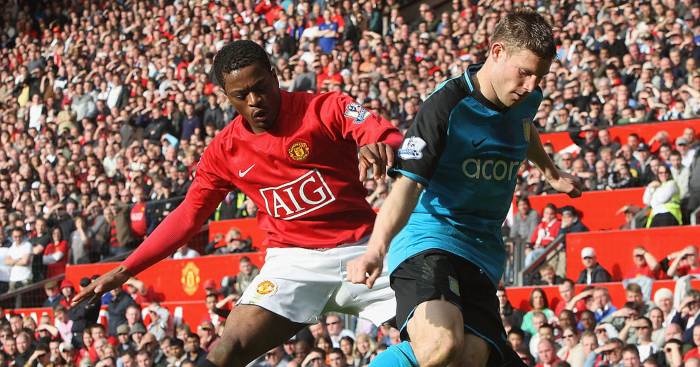 Evra also played for Nice, Monaco, Juventus, Marseille and West Ham, facing some of the best players in the world – but there is one man that stood out as his toughest opponent.

When asked who was his toughest opponent, Evra told Sky Sports: “James Milner. I played against Messi many times in the wide position, and I won’t say he’s easy to mark, but I could deal with it.

“It’s when he goes central, that’s when he’s dangerous because he can turn on the right or left.

“James Milner, only because he could frustrate me because I’m an attacking defender and he’s following me everywhere and challenging me in the air and I would just get frustrated sometimes. ‘Just go and attack and leave me alone!’

“When I was playing the derby against Manchester City, I had him and then he went to Liverpool and I had him again. So yeah, the one who frustrated me the most was James Milner.

“Of course, Lennon was the type of player that, if I wasn’t 100 per cent fit, would run behind me, and defender’s hate when a player runs behind. Lennon’s quick movement was difficult to play against, but yeah, it’s James Milner.”