Home All The News Evra: RVP understood when I called Arsenal a ‘baby team’ 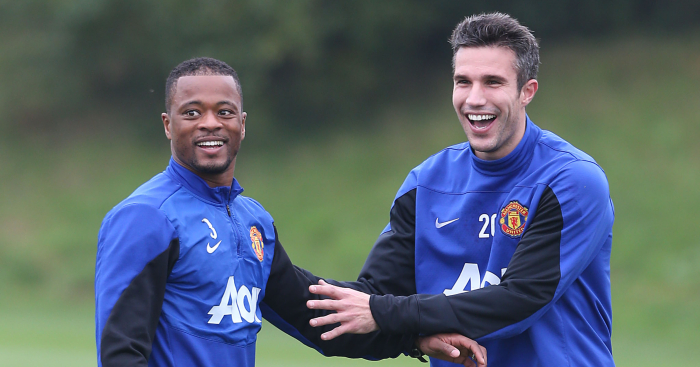 Patrice Evra welcomed Robin van Persie to “a proper team, not a baby team” when he left Arsenal to join Manchester United.

Van Persie departed Arsenal in 2012 after winning one major trophy in eight years – the 2005 FA Cup.

He fired Manchester United to the Premier League title in his first season at Old Trafford, before gradually slipping out of the first-team picture.

Evra, who was still a key fixture of the side when Van Persie arrived, poked fun at Arsenal at the time.

“I give you an example when Robin van Persie joined Man United,” Evra told ITV.

“First of all when he came I said ‘Welcome to a proper team, a man team, not a baby team’.

“And he laughed, but he understood straight away because I remember him saying: ‘Patrice, to be fair, I just feel like now I’m playing for a big team because all of you win many trophies, many medals, and you still go in the gym before training, going in the gym after training’.

“Robin was like a kid, he was just like amazed about that. When he looked at us he’d say: ‘When I see all of you guys, I have to work hard because I want to win, I want to win trophies’.”