Home All The News Evra: Why Ole was right to leave one Man Utd man on the bench 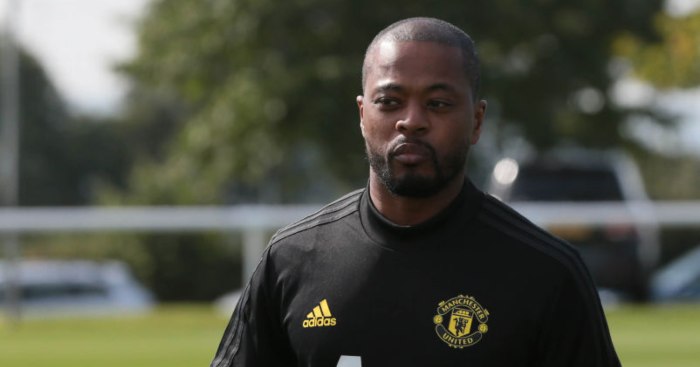 Patrice Evra thinks Man Utd boss Ole Gunnar Solskjaer was right to leave Donny van de Beek on the bench against Chelsea but believes the Dutchman will become an important part of their squad.

The Dutchman hasn’t started a Premier League match for the Red Devils since his summer arrival from Ajax, with his two starts so far coming in the League Cup.

The new Man Utd man didn’t even make it off the bench in their drab 0-0 draw against Chelsea on Saturday, with the 23-year-old playing a combined 61 minutes across four Premier League substitute appearances.

Seeking to clarify comments he made on Sky Sports about Van de Beek, Evra said on Instagram: “My dear United fans, recently I made a comment on Sky saying we don’t need Donny van de Beek.

“People have to understand on TV you have to get straight to the point, it’s not like you have time to explain why.

“But I just feel like a few people try to insult my knowledge of football, all are born after the iPhone 10, so they don’t know we talk straight to the point, no filter.

“When I say we don’t need him I will give you a few examples. Fred, Scott McTominay, Nemanja Matic, you love them or you hate them, when we have to play a big game and we have to be strong, compact and run everywhere, they always deliver, this is my opinion.

“Donny van de Beek is better than Paul Pogba? No. Different player, but no. ‘[Is he better than] Bruno Fernandes? No. He’s a good player. The way he played for Ajax, that’s what I want to see for Manchester United.

“That’s why I say we don’t need him. He wasn’t an urgency. But of course, we need a deep squad if we want to win many trophies. We need some players on the bench, and that’s where he is.

“And I’m not happy with that. I feel sad for the kid because when you sign for a team, especially for £40 million, you expect to play more.

“But I trust Ole, the player needs to trust Ole, keep calm, and he will get his chance. And he will prove to all of us he deserves to play for Manchester United.

“So don’t twist my words. He wasn’t an urgency. So please guys, forever red and I love this game.

“Some people will say, ‘when Bruno Fernandes gets injured…’, that’s when you respect Donny van de Beek, and I will never disrespect him.”