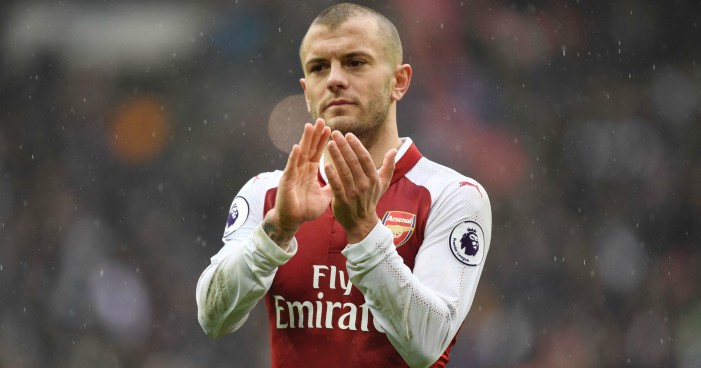 Former Arsenal midfielder Jack Wilshere has suggested that he could never play for Tottenham Hotspur.

The midfielder first joined the Gunners in 2001 and he was introduced into the first team in 2008. He made his first senior appearance for the Londoners when he was just 16 years old.

He was considered one of the leading prospects to progress through Arsenal’s academy over the past few years.

Sadly, a string of serious injuries severely hampered his progression. After ten years in Arsenal’s first team, he left the club at the end of the 2017/18 campaign.

He joined West Ham on a free transfer ahead of the 2018/19 season. Unfortunately, his struggles with injuries continued as he played just 18 times for them in his two years at the club.

Wilshere was released by the Hammers in the summer. He is still currently a free agent despite being linked with clubs across Europe and in the MLS.

The 28-year-old recently told the Super 6 Podcast that if an opportunity ever arose to join Tottenham, he would say no due to his links with Arsenal:

“I love [head coach Jose] Mourinho, I think he’s an unbelievable coach… But I couldn’t do it.”

“They wouldn’t have me! But I don’t think I could do it. It’s not as if Arsenal got rid of me and kicked me out and there is a bad feeling, they offered me a deal and I wanted to try something else. I’m an Arsenal man.”