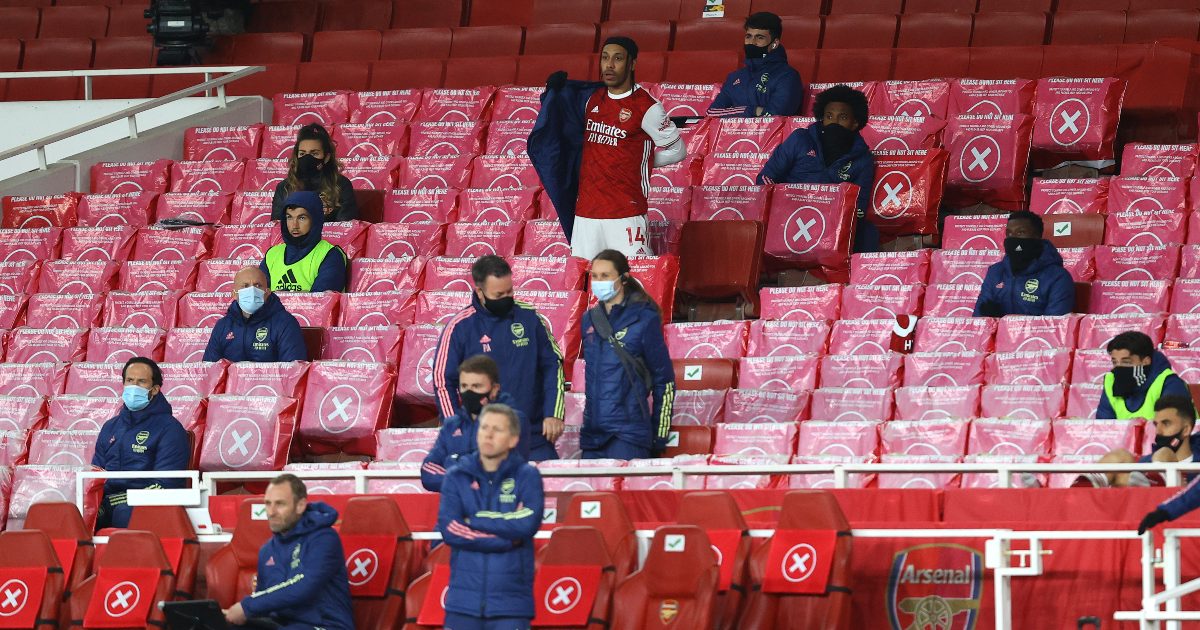 Former Arsenal midfielder Emmanuel Petit has criticised the club’s players and he has insisted that half of the squad need to be sold.

Mikel Arteta is in his first full season as Arsenal boss. He had a successful first few months in charge that culminated in winning the FA Cup at the end of last season.

The 2020/21 campaign has been tough for the Gunners, though. They have stuttered in the Premier League as they currently sit tenth with eight games to go.

Arsenal have also been knocked out of the Carabao Cup and the FA Cup. They host Slavia Prague on Thursday night in their Europa League quarter-final first leg.

Petit- who played for Arsenal between 1997 and 2000 – told the Evening Standard that he does not expect anything “special” from his former club now:

“When I look at the older players in Arsenal’s team, it’s like they think it’s a retreat football club, somewhere you just go for a vacation.

“They have ambition, but I don’t really expect them to win big games anymore.

“If you took away the name ‘Arsenal’ and looked at that group of players… average. At the end of the season, if I’m Arsenal, if I’m Arteta, if I’m on the board, to be honest with you, I think my main concern is getting half of the dressing room out. Honestly.

“I try not to get emotional anymore when I look at Arsenal. I try to step back and put away my emotions. I try and look at them like a normal team. I have to tell myself ‘don’t expect anything special from them today.’

“The question is simple; how many Arsenal players would you look at and say ‘they’re one of the best in the league in that position?’

“For me, if you look at the last two or three seasons, how many players are exempt of any criticism? Three or four, probably: Kieran Tierney and Bernd Leno. I really like Bukayo Saka and Emile Smith-Rowe; the way Smith-Rowe plays really reminds me of Paul Gascoigne.”