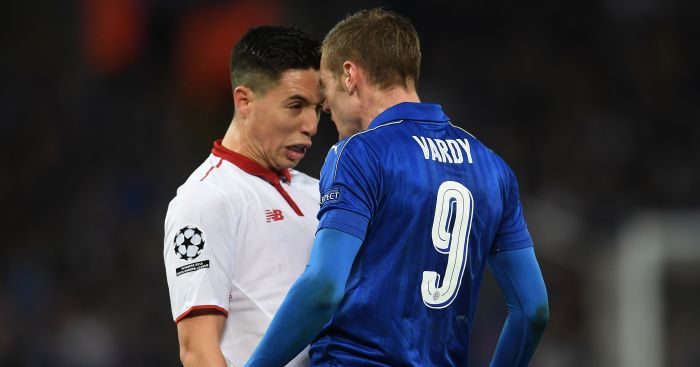 Former Arsenal playmaker Samir Nasri is undergoing a medical at West Ham ahead of a move, according to reports.

The Frenchman is currently serving an 18-month ban from football, which comes to an end in December, for breaking doping regulations.

Nasri will be free to resume his career and join up with a club in December with the Evening Standard claiming that he is having a medical at West Ham prior to signing a short-term deal.

The report continues by claiming that significant interest from Everton and clubs in the USA has prompted the Hammers to act fast.

If the deal goes through, Nasri will be reunited with Manuel Pellegrini from his days at Manchester City, where he played some of his best football.

It is understood that Nasri will sign on an initial six-month contract with the Hammers prepared to pay his £80,000-per-week contract demands.

The 31-year-old was playing for Turkish club Antalyaspor when his contract was terminated when he was hit with the ban for doping.