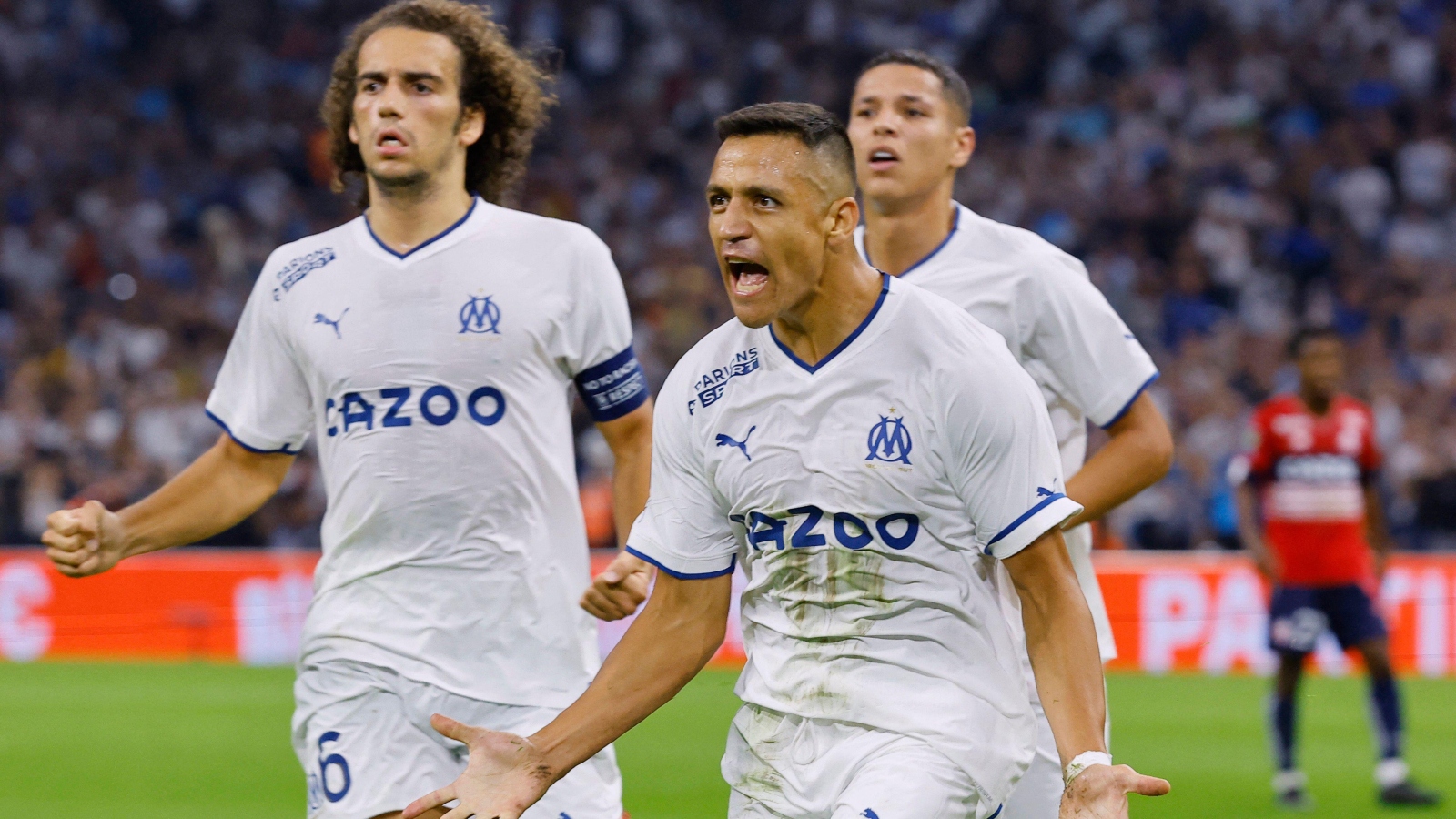 Alexis Sanchez says beating Spurs brought him “great joy” during his time at Arsenal and is hoping his Marseille side can knock Antonio Conte’s men out of the Champions League this week.

Sanchez was a favourite at the Emirates Stadium between 2014 and 2018, scoring 80 goals in 166 games, but tarnished his reputation when he forced a move to Manchester United, where he was a subsequent flop.

He now plays for Marseille and if they win at the Orange Velodrome on Tuesday night the Ligue 1 side will progress to the knockout stages at the expense of Spurs.

The Chilean lost in one north London derby in seven against Spurs, scoring two goals, and is joined in the ex-Arsenal ranks at Marseille by Matteo Guendouzi, Nuno Tavares and Sead Kolasinac.

“I have great affection for Arsenal from my time there. I have some great memories with everyone at the club, especially the fans,” he said.

“Beating Spurs every time was a great joy. It was very special and those are memories that I hold dear to my heart.

“Every single player has motivation to play and win. We all want to bring the victory back.

“In the dressing room, there is a lot of passion. Playing in front of the fans with their atmosphere is super important and that will drive us on.”

After ending a disappointing spell at Old Trafford, Sanchez went to Inter Milan where he worked under Antonio Conte.

Conte will not be allowed in the stadium on Tuesday owing to his red card against Sporting Lisbon last week, but Sanchez knows what the Italian is all about having won the Serie A title together.

“We had a great experience together but he’s a very demanding coach, if you don’t give 100 per cent on the pitch he drops you for the next game,” he added.

Marseille boss Igor Tudor knows Conte well and will be glad he is not on the touchline.

“It’s good,” he said. “He has a good impact on the game so it is better that he is not there, but the players are playing, not the coaches.

“Tomorrow we have a great game ahead of us. It really is a top opportunity for the boys to reach the knockout (stage) of the Champions League. We’ve had five good games so we need to build on that.

“But don’t forget we are an outsider. So any chance to get to the knockout stage is great for us.”

READ NOW: Liverpool among top 10 Premier League sides that were great and then went rubbish