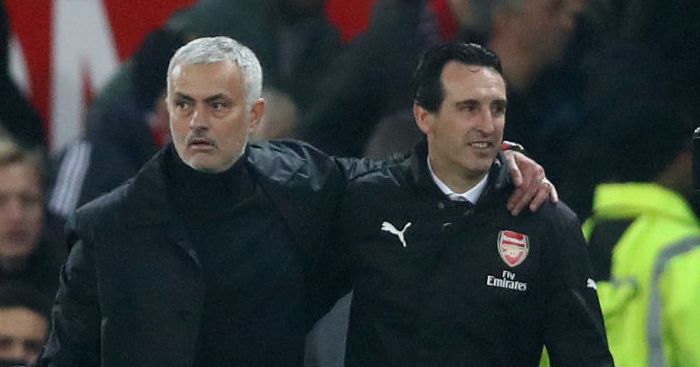 Former Arsenal striker Kevin Campbell refuses to discuss the “M word” as Jose Mourinho continues to be linked as a replacement for under-fire Unai Emery.

Campbell admits that a change is probably required at Emirates Stadium, but believes Arsenal should avoid the former Manchester United and Chelsea manager at all costs.

Campbell told AFTV: “There’s been a lot of rumours flying about, about a new manager coming in.

“There’s that ‘M’ word that I don’t even want to mention. Yeah, Mickey Mouse.

“I don’t want to mention him, who was manager of our rivals, two of our rivals and apparently got spotted having dinner with Raul [Sanllehi], which is nonsense.

Campbell believes the best man for the job is already has a role with Arsenal, and the board should avoid the list of names linked with the job.

“Yeah [it’s got that bad] that fans could sell their soul to the devil. I say that just as a saying.

Campbell also believes they should act swiftly to stop the rot which has started to set in under Emery.

He said: “Should the board act now?

“As far as I was concerned, the board would need to act now to rectify and to steer the ship in the right direction because the players to me look as though they’re not focused – they’re unfocused.

“Even though they’re 3-0 down, Man City are grafting, they know exactly what to do, they’re sticking to the game plan.