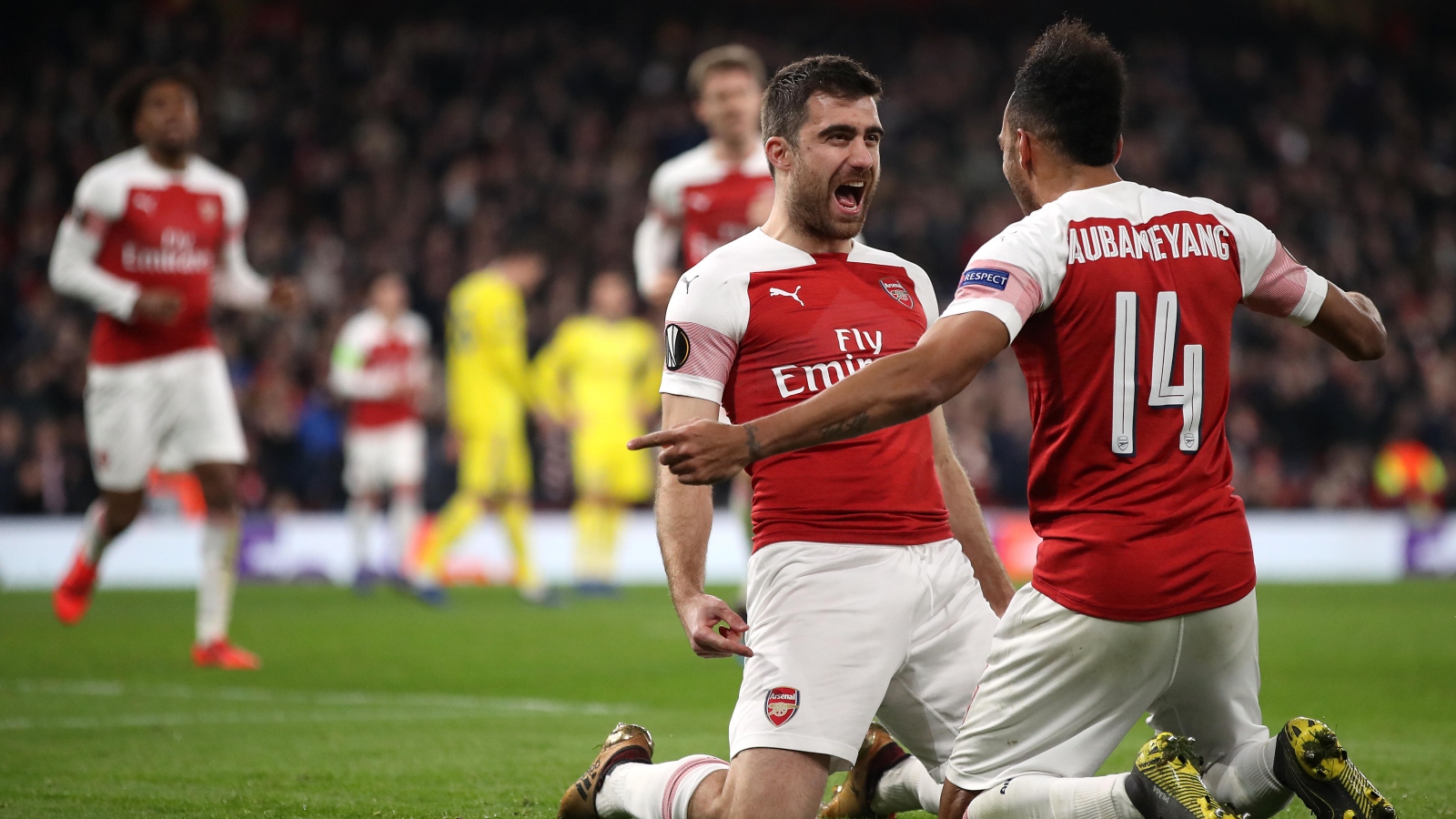 Aubameyang was stripped of the Gunners captaincy in December following the last of many ‘disciplinary breaches’.

His final appearance for the Premier League club came in the defeat to Everton on December 6.

Following Mikel Arteta’s decision to ostracise Aubameyang, the Spaniard was asked on several occasions if he was planning to bring the Gabonese back into his first-team plans.

He remained coy on the situation before the forward was allowed to join Barcelona on a free transfer in the January transfer window.

His departure left the Gunners short up front, with Arteta banking on Eddie Nketiah and Alexandre Lacazette to fire his side into the Champions League places.

Lacazette has one goal in nine league starts since Aubameyang left, whereas Nketiah has failed to score since his hat-trick against Sunderland in the Carabao Cup over three months ago.

The Gabon captain, on the other hand, has rediscovered his scoring touch, netting ten times in 14 appearances for the Blaugrana.

And his former Arsenal and Borussia Dortmund teammate Sokratis believes Arteta has made a mistake letting the 32-year-old leave.

“Aubameyang is not the only one who left this way from Arsenal, other players also left like that; including myself,” he told The Sun.

“That was the team’s choice, each footballer works for the team and has to respect that choice.

“I don’t know and personally I don’t think it was the correct choice, the matter could have been resolved differently.

“I’ve known Aubameyang for many years, I know what he can do as a footballer. I am certain of what he will do at Barcelona.

“I wish him good luck and all the best. The same goes for Arsenal despite the way I also left. I wish them well.

“[The way I left] Was not the best, I was left out of the team. But it’s a matter I haven’t spoken about yet, I respected the manager’s choice. I spoke with him.

“I am a professional, I worked for the club and love the club. I will definitely continue to be a friend and fan just like I am for all the other clubs I played for, such as Dortmund and [AC] Milan.”