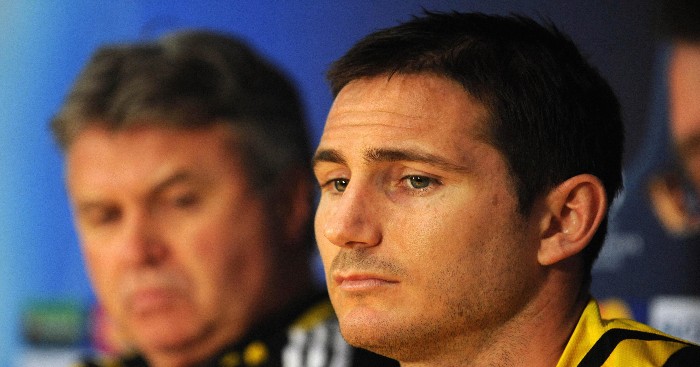 Former Chelsea manager Guus Hiddink has praised Frank Lampard and insisted that he has “all the qualities” to become a great coach in the future.

Chelsea are in a poor run of form of late, having won just once from their last five Premier League games. This run has seen them drop down to ninth in the table.

This has seen the pressure on Lampard grow in the past few weeks. Reports have emerged that the Blues are looking at Thomas Tuchel and Ralf Rangnick as potential successors to Lampard.

Hiddink managed Lampard for six months during a short spell as Chelsea boss during the 2015/16 campaign. Speaking with The Daily Mirror, Hiddink suggested that Lampard will not be “panicking” despite being under pressure at Stamford Bridge.

“Frank is a very honest and direct person. He was such a big player for Chelsea, but he will ­understand that what you did as a player counts for very little when you become a manager.

“I don’t see Frank ­panicking in this situation. He is a very stable person who believes totally in himself.

“Working with Frank, I recognised very quickly that I had a player who had all the qualities to go on to become a top coach. Off the pitch, he is a good person; on the pitch, he was always one of the most intelligent players.

“Frank was always one of the players I spoke to in the days leading up to a game to help me get my thoughts across to the squad.

“For me, the plan had to be put in place in the days ­before the game – and when I spoke to Frank about what I wanted, he was always able to understand.

“That, for me, is the sign of a ­footballer who can move into ­coaching. I respect Frank so much. I valued him as a big player and a big person.”