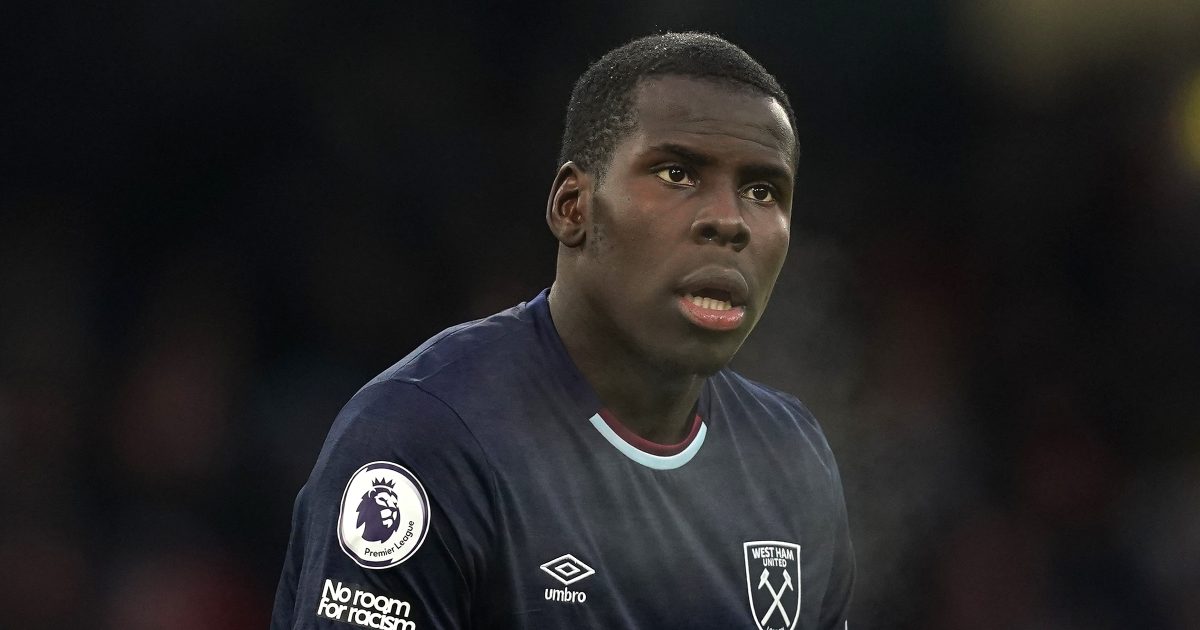 West Ham United star Kurt Zouma has insisted that he “wants to beat Chelsea” ahead of his reunion with his old club on Saturday.

The defender made the move to the Premier League in 2014 as he joined Chelsea. He was in and out of the team during his time there as he had spells on loan at Stoke City and Everton.

Zouma was a regular for Chelsea during his last two years at the club as he played 36 times across all competitions in 2020/21.

Despite this, he was given permission to leave ahead of the 2021/22 campaign. West Ham splashed out just short of £30m to sign him.

Zouma has been one of their standout players this season. They currently sit fourth in the table and they host Chelsea at the London Stadium on Saturday.

As reported by Football London, Zouma has called for West Ham to make Chelsea “suffer”:

“It will feel special in a way because I’ve been there for so many years, but it’s a football game and like all the other games I want to win this game for my team.

“It’s going to be a tough game as we know they have a lot of strength, but we have to use our strength to make them suffer.”

Hammers boss David Moyes has insisted that he wants his side to “challenge” Chelsea and co:

“I said right at the start of the season that we finished two points behind Chelsea in the league and the challenge we laid down was can we get those extra two points.

“Can we challenge the teams in the top four? To make a fist of it is a good start. We’ve made a really good start and the job now is to hang in and see if we can make a challenge at the end of the season.

“All the games excite you. Last week we played the Champions league finalists, this week we play the winners. And I always say you want to test yourself against the best.

“We want to challenge them and we’ll try our best to do that on Saturday.

“I’m looking forward to it. I think we’ve played quite well against them in recent seasons. We had a great win when Yarmolenko scored the winner late on and that’s one I’ll always remember.

“Last year we were a little unlucky to not get something out of the games, but let’s not kid ourselves, Chelsea are a top team.”