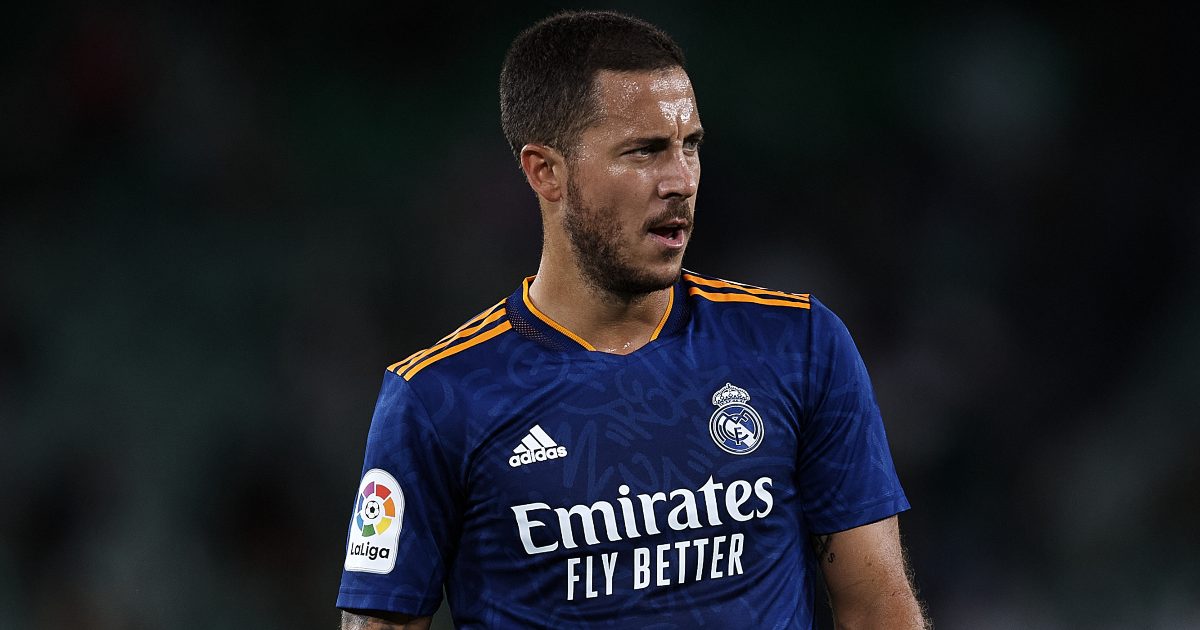 Former Chelsea star Eden Hazard has admitted that his start to life at Real Madrid has “not been good” as he looks to make amends with the club’s supporters.

The Belgium international joined Chelsea in 2012 from Lille. He spent seven years with them in the Premier League.

In that time, he was consistently recognised as one of the elite players in English football as he won the Premier League Player of the Season award in 2014/15.

Real Madrid were regularly linked with him and they got their man in 2019 for a fee in the region of €100m.

Hazard has struggled with injuries since his move to La Liga. Since his transfer, he has only featured 33 times for Real Madrid in the league.

The winger has been heavily criticised in Spain but he has featured in all three of Madrid’s games so far this season.

In an interview with HLN, Hazard admitted that he has to “prove” his worth:

“I signed with Real Madrid for five seasons. The first two have not been good, the injuries have not helped me, but I still have three more to prove my worth.

“I hope it works, I hope to get up one morning and feel great on the training ground. If I feel pain there, I drag it to the games and I will continue to have it. I am waiting for that moment when I can show my worth again.

“Real Madrid have already spent a lot of money on me. I want to give something back to them.”

Hazard later insisted that he knows what has must do to get over his injury issues:

He added: “People think that I am always injured. That is the truth. But if you review my career there is not a player who, for a period of 10 years, has played as many games as I have.

“I do what I have to do. I work daily with the physio. That’s what I do. Since the beginning of the season we have done a great job with the physical trainer.

“At the moment it is going well, I am feeling better, but I am not completely 100% still. I hope we continue like this.”