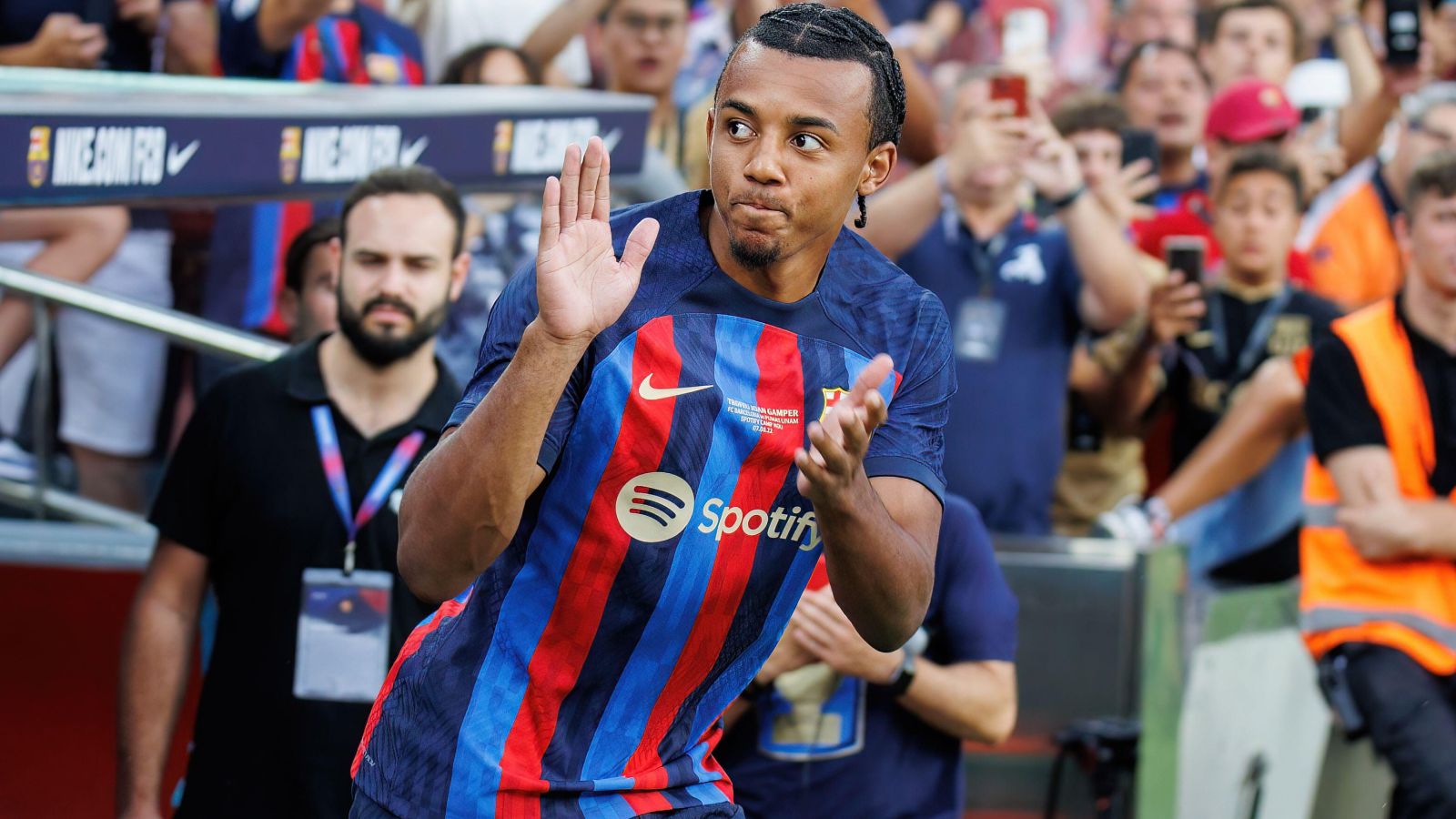 Former Chelsea target Jules Kounde has suggested that it was an “easy choice” for him to turn down the Blues and join FC Barcelona from Sevilla.

Kounde shone for Sevilla during his three years at the club between 2019 and 2022.

Chelsea were known to be admirers of him prior to his move to FC Barcelona earlier this summer.

Kounde had to wait to be registered before making his debut amid Barcelona’s ongoing financial struggles.

He made his first appearance for his new team on August 28 as they hammered Real Valladolid 4-0 at the Nou Camp.

When his £45m transfer to Barcelona was completed, Kounde suggested that he was “very excited” to join the club:

“The coach Xavi is one of the great reasons why I’m here. I’ve spoken to him several times and the way he spoke was captivating,” Kounde told the club’s media back in July.

“We had some good conversations, we see football in the same way.

“Now it’s a question of coming into the team, doing my best and getting as many minutes as possible.

“I’m very proud and thankful for this opportunity. I’m very excited because I’m arriving at a great club and a great team.

“I’m really looking forward to playing with the team and getting to know my teammates. Sevilla is a great club, but Barca are the next step in my career at every level.

“I’m really looking forward to playing with the team and getting to know my teammates. Sevilla is a great club, but Barca are the next step in my career at every level.”

Kounde has impressed for Barcelona in his two appearances. Last time out he provided two assists to help his side beat Sevilla 3-0.

The talented defender has now suggested that Barcelona manager Xavi played a role in his decision to move from Sevilla on a permanent basis:

“Barca is still a club able to attract anyone, and the manager was very important too,” Kounde said (via The Daily Mail).

“He gave me a lot of confidence and I liked his way of approaching football.

“It was an easy choice for me because he gave me all that I was looking for.”