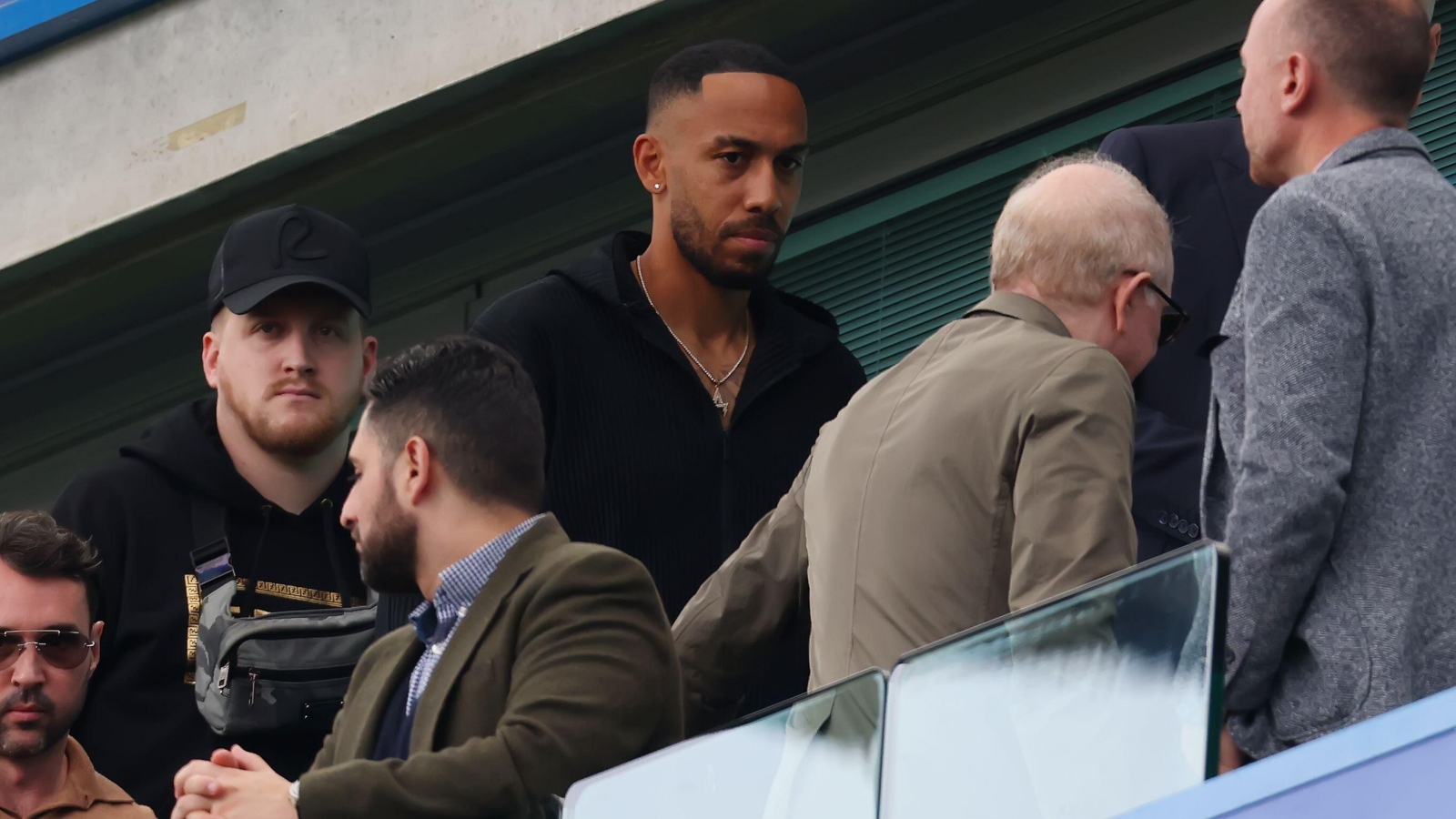 Shaun Wright-Phillips thinks Chelsea head coach Graham Potter should give Pierre-Emerick Aubameyang some “yardage” to be himself.

Aubameyang made the surprise move from Barcelona to Stamford Bridge on deadline day.

The Blues were linked with the Gabonese international for several weeks with Thomas Tuchel keen on reuniting with his former Borussia Dortmund player.

Tuchel and Aubameyang’s reunion lasted a grand total of 59 minutes after the German was relieved of his duties on Wednesday morning following the club’s Champions League defeat against Dinamo Zagreb.

Potter quickly established himself as the favourite to become the new Chelsea boss, with Mauricio Pochettino and Zinedine Zidane also linked.

This is undoubtedly the biggest job in Potter’s career, having joined from Brighton after spells in charge of Ostersund in Sweden and Swansea City.

He will have to adapt to working with bigger egos, better players and completely different personalities.

As a man with a degree in social sciences and a masters in leadership and emotional intelligence, he will probably be fine.

But as far as managerial hot seats come, there are not many that are more testing than the one at Stamford Bridge.

Chelsea forked out over £250million to improve the squad in the summer transfer window, despite the club’s new hierarchy not seeing eye to eye with Tuchel.

The Athletic correspondent Liam Twomey revealed this week that the new acquisitions were all “club signings”, although Aubameyang’s arrival was arguably pursued because of Tuchel.

And given Aubameyang’s past misdemeanours during his time with Arsenal and Saint-Etienne, there are some question marks over how Potter will manage him.

Former Blues winger Wright-Phillips is unsure whether Potter will allow the ex-Gunners captain to express himself as a “maverick”, or if he will be “strict”, even though that method “doesn’t seem to work for Aubameyang”.

“I don’t think Aubameyang will regret the move because he’s tried to sign in for a massive club in Chelsea, great club, great fans, and he’s back in the Premier League again and he’s playing Champions League football as well,” he told Fair Betting Sites.

“So I don’t think he’ll complain too much.

“I think the thing that they both have to get used to is when the new manager comes in, is he going to allow him to be a maverick or is he going to be strict, which doesn’t seem to work for Aubameyang.

“He seems to like to do what Aubameyang likes to do.

“But as long as he works hard to the team and he scores you those goals, you got to give him a little bit of a yardage in a way, because it’s hard to change your character.”

Potter will have to wait to take charge of his first Blues game after all of this weekend’s Premier League action was postponed following the passing of Her Majesty Queen Elizabeth II.