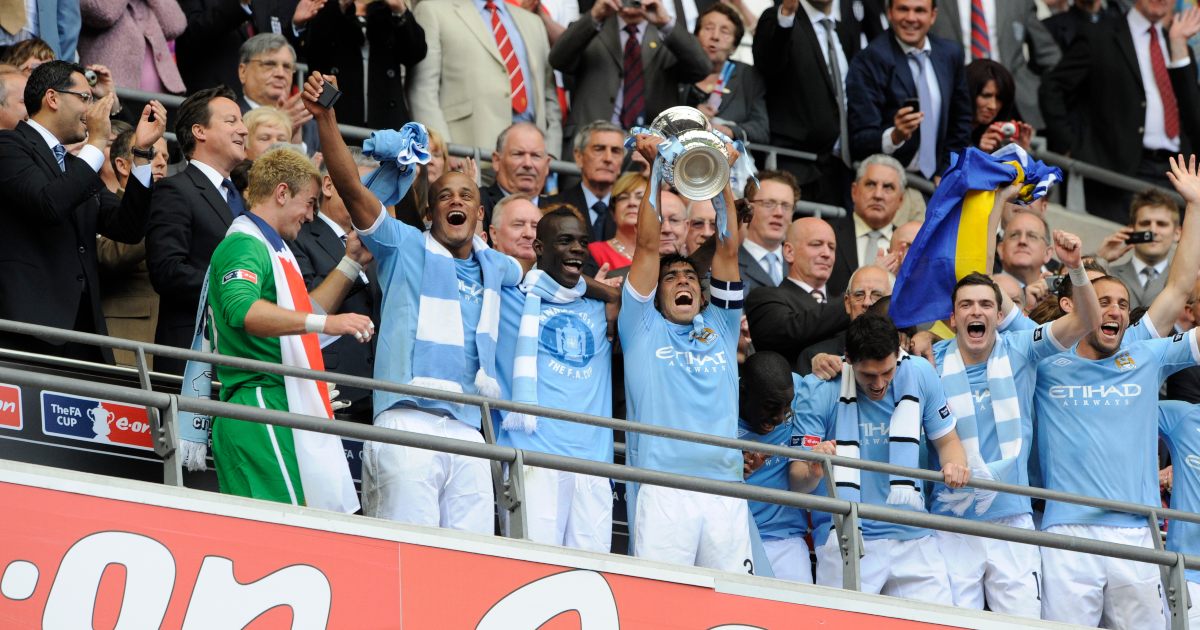 Shaun Wright-Phillips has pinpointed the moment that the dominance of Man Utd in Manchester started “to turn” in Man City’s favour.

The Citizens could go 17 points clear of Man Utd this weekend if they beat their arch-rivals in the Manchester derby on Sunday, with Pep Guardiola’s side currently on a 21-match winning run in all competitions.

If City can secure the Premier League title this season then it will be their fourth since United last won one in 2013, with Sir Alex Ferguson still at the helm.

And Wright-Phillips says that City’s 2011 FA Cup semi-final victory over Man Utd at Wembley felt like a turning point in the fortunes of the two Manchester clubs.

Wright-Phillips told The Sun: “That game was clarification things were starting to turn in Manchester.

“That day was significant. It was a huge occasion — Wembley, a derby, a cup semi-final.

“For so long United had been the dominant force but the feeling was that our time was coming — when we’d start winning some trophies.

“That’s what they’ve been doing since — with City at No 1 and United at No 2 in Manchester. And that is how it is going into this derby.”

Wright-Phillips added: “They were a top side, winning a lot of trophies and our form hadn’t been great going into it.

“Of course they were the favourites in many people’s eyes. But it was an FA Cup semi-final at Wembley — so we didn’t let recent results bother us.

“We had confidence in what we had in our dressing room and when you’ve got the big man Yaya in your squad you know you’ve got a chance.

“We always knew he could make magic happen and that’s what he did early in the second half.

“It was an amazing atmosphere at Wembley with half of it red and half blue and City fans were doing the ‘Poznan’ after the goal.

“We managed to hang on and for us, it almost felt like we’d won the Cup that day — even though we had to play Stoke in the final and prepare in the right way.

“But it felt significant and there was a great feeling in the dressing room afterwards.

“Of course the United players were disappointed — not only had they lost a semi-final at Wembley, it was also a derby defeat.

“So it was a double whammy for them and days like that hurt. There’s been lots of vital derbies since but I can see why City fans feel like that one was so important.”