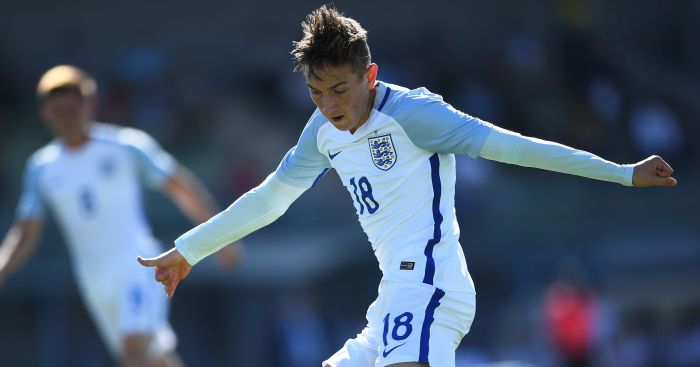 Sheffield United youngster David Brooks has been named in the Wales squad for their final 2018 World Cup qualifiers against Georgia and the Republic of Ireland.

Brooks has only started three league games for the Blades, but he has earned rave reviews at Bramall Lane and shone in the 4-2 Steel City derby victory over Sheffield Wednesday last Sunday.

The 20-year-old Warrington-born winger starred in England’s Toulon Tournament success last summer, when he was named the best player in the south of France.

But Brooks, who qualifies for Wales through his Wrexham-born mother, switched allegiance in August when he was named in Rob Page’s Under-21 squad.

Brooks subsequently scored in a 3-0 victory for the U21s in Switzerland and his commitment to Wales is another boost for senior manager Chris Coleman.

Liverpool teenager Ben Woodburn, who was born in Nottingham and grew up in Cheshire, made a spectacular impact for Wales earlier this month.

Woodburn scored the winner against Austria less than five minutes after coming on for his debut as a second-half substitute.

He then set up Hal Robson-Kanu for the opening goal in a 2-0 victory in Moldova as Wales kept their World Cup qualification hopes alive.

Cardiff defender Jazz Richards misses out with an ankle injury which is likely to require surgery and keep him out of action for up to three months.

Wales are currently in second place in Group D, four points behind leaders Serbia and one point above the Republic.