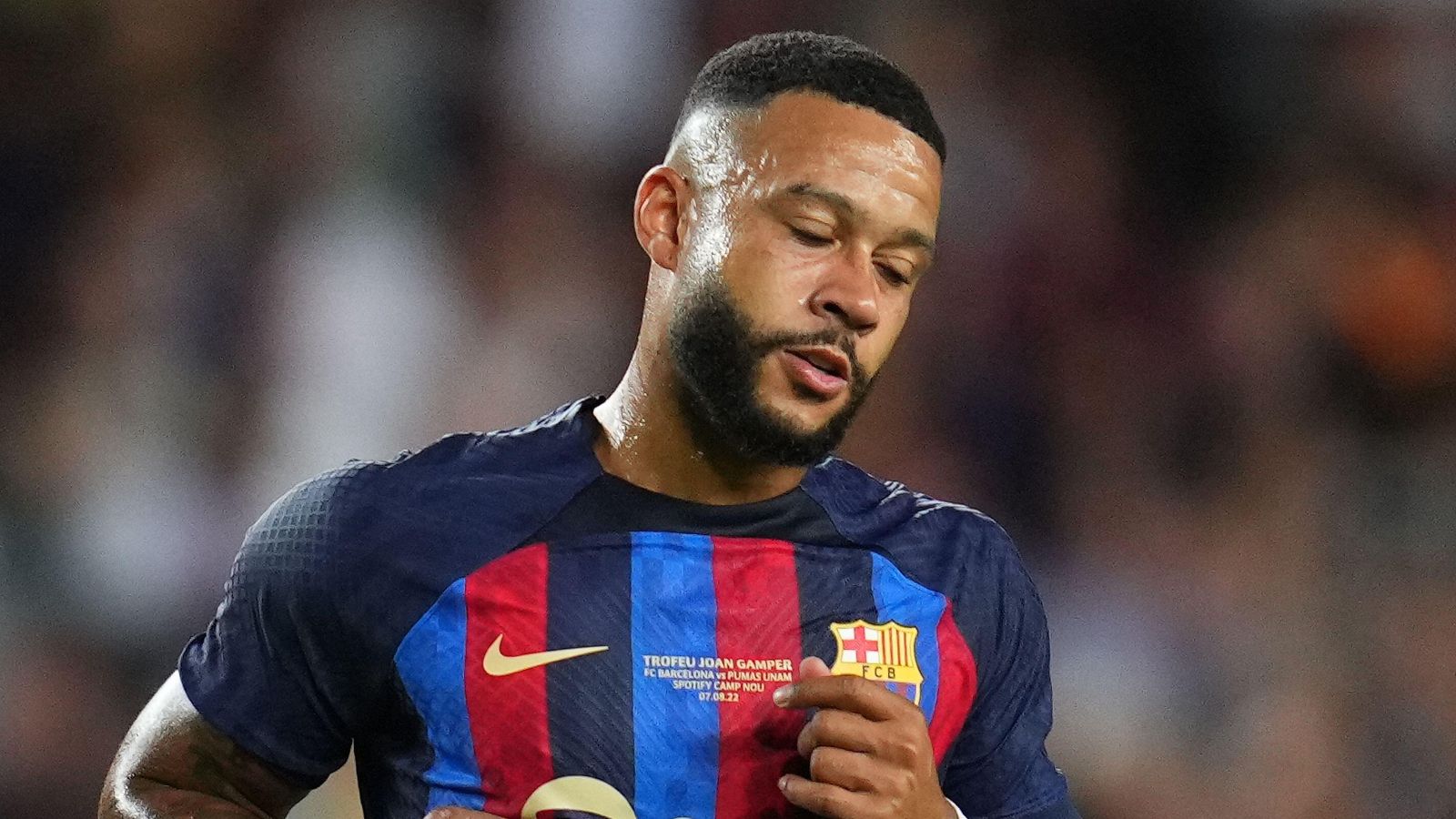 Barcelona forward Memphis Depay has ‘recieved a call’ from Man Utd in recent days with Newcastle United also ‘keen’ on signing him.

It felt inevitable that Depay would be linked with a move back to Man Utd at some point this summer with him at a crossroads at Barcelona.

He is unlikely to feature much for the Spanish side this term if he stays as Robert Lewandowski is now their first-choice forward.

Depay has rebuilt his career at Lyon and Barcelona following an unsuccessful season at Man Utd in 2015/16.

The 28-year-old has since admitted that he was “confused” during his time at Old Trafford:

“It was very frustrating I didn’t reach my usual level,” Depay said back in 2019.

“The adaption took more time than I thought and soon I had problems with the defensive way of playing. My freedom on the pitch was limited.

“Doing that means you limit my main qualities. At PSV I had the freedom to search for the offensive spaces and follow my instincts.

“At United I got confused. I had to follow the tactical orders of [Louis] Van Gaal, otherwise, I would certainly lose my spot in the team. Van Gaal doesn’t like players who don’t follow up on his comments.

“Meanwhile I knew I couldn’t get the best out of my play this way: staying on the left side of the field, running back and forth.

“I didn’t understand: you buy me because of my specific qualities you saw at PSV and the Dutch national team.

“After that, you put me in a role where I can’t play that way anymore. For me that was confusing.”

Spanish outlet Sport are reporting that Depay was set to join Juventus, but the Serie A side have ‘broken off negotiations’.

This is after Depay ‘ended up asking for three million euros net more than what he currently earns at Barcelona’.

They also note that Man Utd ‘will make a move’ for Depay but Cristiano Ronaldo’s future needs to be resolved first.

The Dutchman has already ‘received a call’ from United and he is now ‘waiting for a offer to be finalized’. Sport also note that a ‘truly crazy end to the market is expected’.

Calciomercato (via Sport Witness) add that Newcastle United are also ‘keen’ on Depay.

This report conflicts with Sport as the Italian outlet suggests that Depay ‘did not ask for more money and was ready to leave for Turin’.

They do state that Barcelona are ‘ready to let him go’ and Newcastle will ‘need to see off the Red Devils’ to sign Depay.