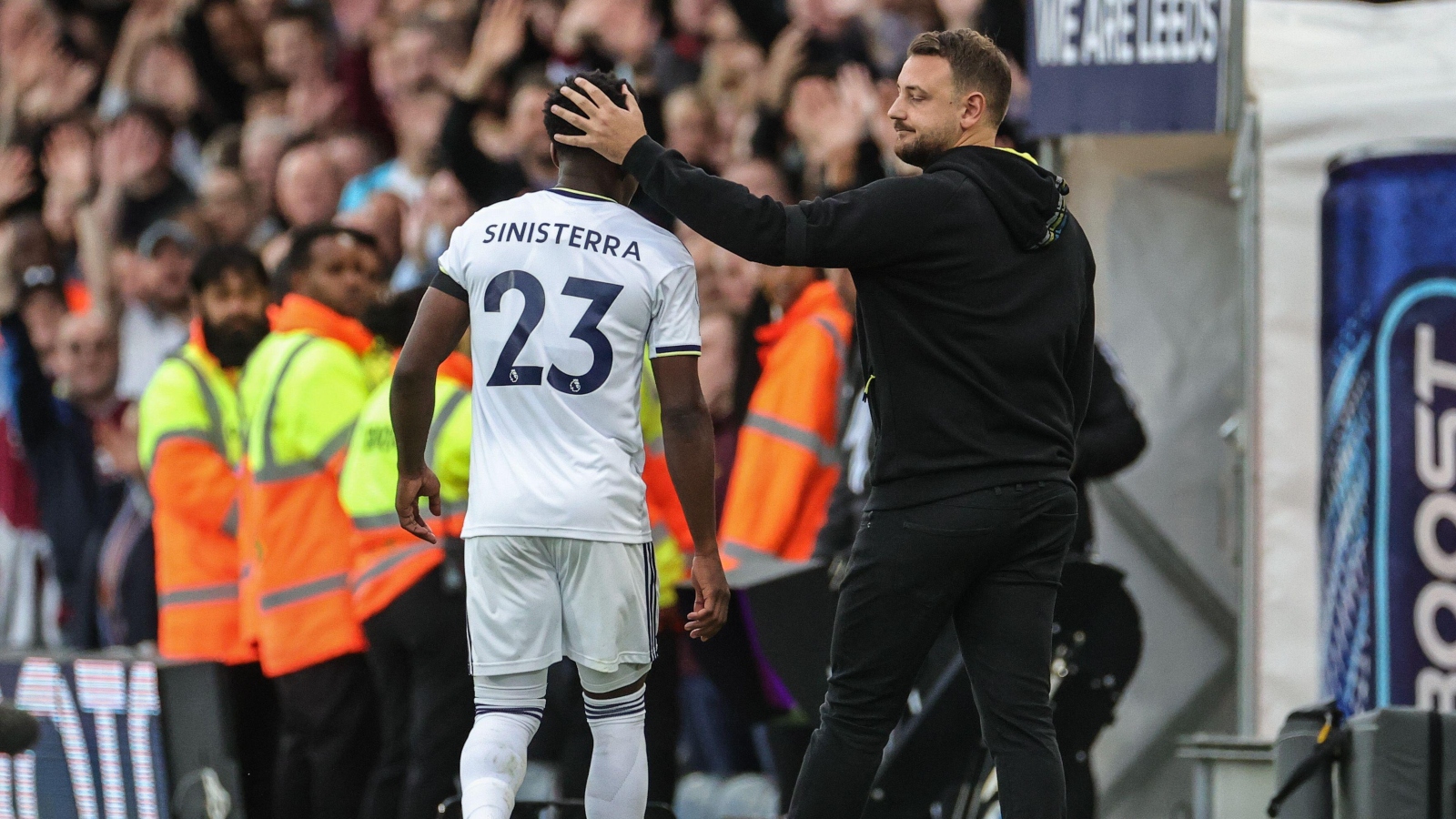 Jesse Marsch’s men held on for a valuable point against the Villans on Sunday despite being reduced to ten men in the 48th minute.

It was a foolish sending off, with the Colombian picking up a second yellow card for blocking a Villa free-kick after failing to retreat from the ball.

As a result, Sinisterra will miss this weekend’s match away to Crystal Palace.

Kenny has said it was a “stupid” thing to do and believes Marsch should “punish” the young winger who might not play for “a while” after his error of judgement.

“It’s just stupid, isn’t it?” Kenny told Football Insider. “You are really letting your side down there. I don’t get why players do that even when they aren’t on a booking, it doesn’t make any sense.

“This was a game Leeds should be winning but they have been let down by one player and it has cost them. Stupid is the only word I can think of for a sending-off like that.

“He will be banned, obviously, but maybe the club should punish him as well.”

He added: “I’m sure the manager will have let him know what he thought about the situation. I was in the dressing room when Neil Warnock was going off on players, it’s not nice.

“It might be a while before we see that player again.”

Sinisterra joined Leeds from Feyenoord for £22.5million in the summer transfer window.

Barring his red card against Villa, the 23-year-old has adapted relatively well to life in the Premier League.

He netted his first league goal against Everton last month before making it two in two the following week at Brentford.

Speaking on Friday, Marsch hinted that Patrick Bamford will start against Palace with Sinisterra missing out.

“I think Patrick is fitter and he’s trained well this week, and I think he’s ready to go,” Marsch said.

“So I think there’s a high likelihood that he’ll be ready from the start.”

If Bamford plays, Rodrigo could drop back and Brenden Aaronson move to the right-hand side, although Marsch also backed young Dutch winger Crysencio Summerville to fill that role if required.

Summerville, 20, has impressed since making his debut at Newcastle a year ago but all nine of his league appearances to date have come from the bench.

“First of all, it’s worth noting that we feel that Cree Summerville is in the best form since I’ve been here,” Marsch said.

“So he certainly becomes a factor whether from the start or off the bench.

“Even if you’re not in the XI, the most important thing is that you’re ready to come and make an impact off the bench.”

Leeds will be facing an Eagles side hovering just outside the bottom three with six points from their seven games to date this term, but Marsch said that was a false position for Patrick Vieira’s men.

“When you talk about the start Palace have had, I think you have to talk about the opponents they’ve had – Man City, Liverpool, Arsenal, Chelsea, Newcastle,” he said.

“I think if you ask me they’ve played pretty well through that phase.

“It’s a hostile environment down there. Very difficult, they unbalanced us almost the entire match. Tactically we have to be much cleaner.

“(Wilfried) Zaha’s number one. A very good footballer, incredible in transition, clever around the goal. If you pay too much attention to him then (Odsonne) Edouard can have a big match. There’s so much attacking talent in this team.

“We need to manage specifically when we have the ball that they’re not getting out in transition and hurting us. We feel we’ve created a good match-plan.”

READ MORE: Paul Ince is the shocking inclusion in this season’s five best managers in the Championship