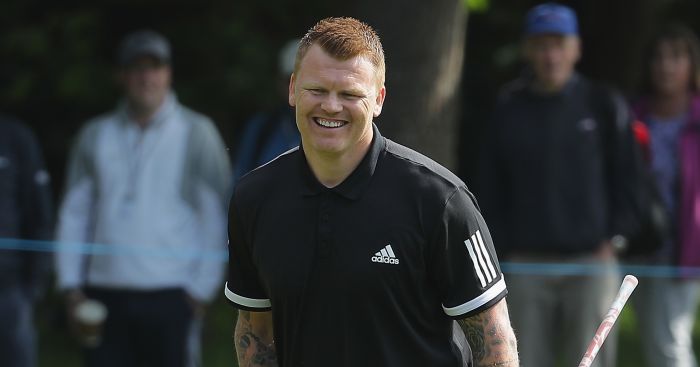 John Arne Riise has asked Manchester United for “some help” as Liverpool look to pip Manchester City to the Premier League title.

The result puts them a point clear of the Reds, who had briefly gone top following their 2-1 victory over Tottenham on Sunday.

City still have to play third-placed Tottenham at home, while they also face a trip to Old Trafford on April 24, which Riise sees as crucial to Liverpool‘s title chances.

“Well I hope we get some help from the neighbours of City, Man U,” Riise told beIN SPORTS.

“They’ve got to meet them away from home.

“Man United have got to win as well to get to the top four.

“So I look at that game, it could be crucial for City. But they’re looking so strong.

“They will win, but there are some tough games, they haven’t played at their best lately.

“But what makes a winning team is when you still win the games when you don’t perform your best.

“If you manage to get over the line, like they did last game in the last minute with the own goal, these are the games that shows that this team is there to win a title.

“But I think City’s going to be too strong.”