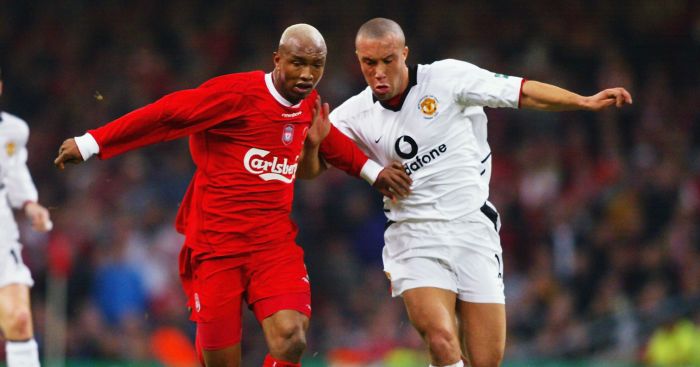 Mane has played a crucial role in Liverpool’s rise in success since joining from Southampton in the summer of 2016.

The 27-year-old was key in his side’s Champions League triumph last season and he scored 22 Premier League goals as Liverpool recorded a record points tally.

“[Mane] is following in my footsteps.” Diouf told fifa.com.

“He’s doing an incredible job. He’s a fantastic ambassador for Senegal. Now he has a chance to write his own story. And on top of being a superb player, he’s also a great guy – humble, generous and always available for other people. We have a special relationship.”

He said: “Both are African, both are talented and both are setting an example for the next generation, like we did for them. Whichever wins, I’ll be very proud. But I’m pulling for Sadio because he’s my compatriot and he’s like a little brother.

“Plus he has another advantage over the others: he has taste. Wherever he goes, he says that his idols are Maradona, Zidane … and El Hadji Diouf.”

The 38-year-old, who joined Liverpool back in 2002, believes the Liverpool forwards complement each other’s games.

“You can’t have one without the other. One of them’s left-footed (Salah) and the other’s right-footed (Mane),” Diouf added.

“Sadio needs Mo like Mo needs Sadio. They have the same qualities: speed of execution and skill in their final touch.

“Salah is perhaps a little more effective in front of goal because he puts in less defensive work than Mane, but I’ll say it again: you can’t have one without the other.”