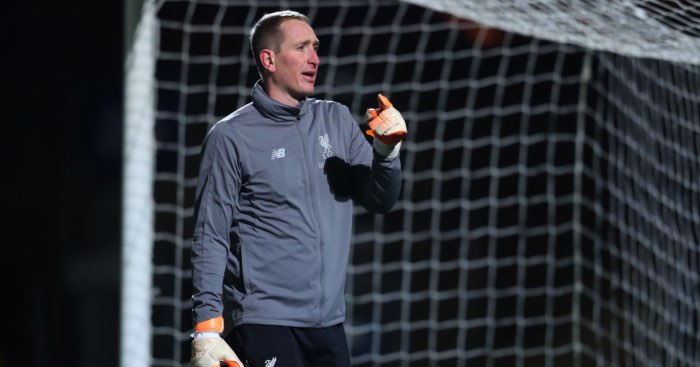 Liverpool are eight points clear of Manchester City at the top of the table having won eight in a row at the start of this Premier League campaign.

The Reds and Man City go head-to-head at Anfield in November, with the reverse fixture set for next April at the Etihad.

Kirkland cannot see Liverpool dropping enough points to allow Pep Guardiola’s side back into the race and believes they will get the better of City across the two matches between the respective sides.

Asked by Sky Sports if he thinks the Premier League title is “in the bag”, Kirkland said: “I honestly do think it is.

“Last year was so unlucky. People say losing by one point was devastating, I would rather have lost by one point than be 15, 16 points behind City still.

“I think with City’s injury problems they’ve got at the back, [Aymeric] Laporte is a huge miss, Vincent Kompany is a massive miss for them. At the back you can get at them.

“When we play them, if we can take points off them then all of a sudden you’re talking double figures.

“Can you see us losing four or five games this season? Not the way we’re playing.

“We’ve still got to play City twice, I can’t see us not scoring against them. So if we take four points off them, that’s 12 points [the gap].

“We’ve got to lose four or five games – would you say we’d do that, at the minute? You’d be a brave man to say we would do, lose all those games.

“But, as Jurgen [Klopp] says, one game at a time, that’s all we can take care of.

“But things are certainly looking [better] than they have done for the past 30-odd years.”