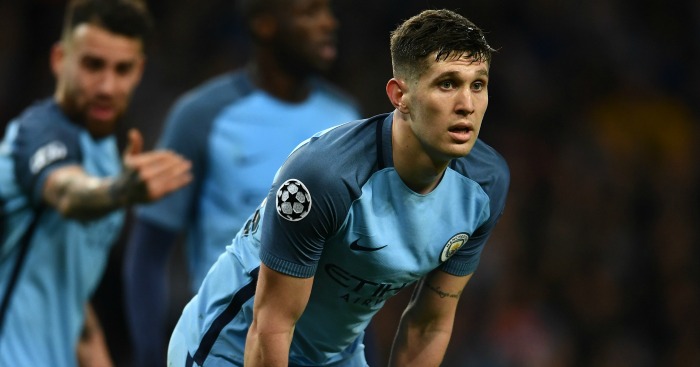 John Stones “can’t defend” and will not play at Manchester City next season, according to former Liverpool centre-half Stephane Henchoz.

Stones has endured something of a difficult first season at City since joining from Everton last summer for £47.5million.

The England international has made a number of high-profile mistakes and suffered a couple of injuries, disrupting his development under Pep Guradiola.

Henchoz, who starred for Liverpool from 1999 to 2005, does not expect the 22-year-old to feature for the club next season.

“The problem with defending in the Premier League these days is we’ve shifted the balance,” he told talkSPORT.

“But now we speak about playing from the back, playing along the floor, getting the ball from the keeper and playing it out to midfield.

“I think it’s gone too far. The players now, yes they can play from the back, but the problem is they can’t defend.

“If you need an example, for me, it’s John Stones.

“Everybody says he’s a great prospect and Man City spent £40million on him last year from Everton, but I’m sorry – he’s very comfortable on the ball, but he can’t defend.

“One-on-one, he can’t defend. That’s why he hasn’t done so well at Manchester City and I’m not sure he’s going to play next year.

“So that’s why in the Premier League you’ve seen so many soft goals being scored – there are big mistakes being made because there are defenders who can’t really defend.”