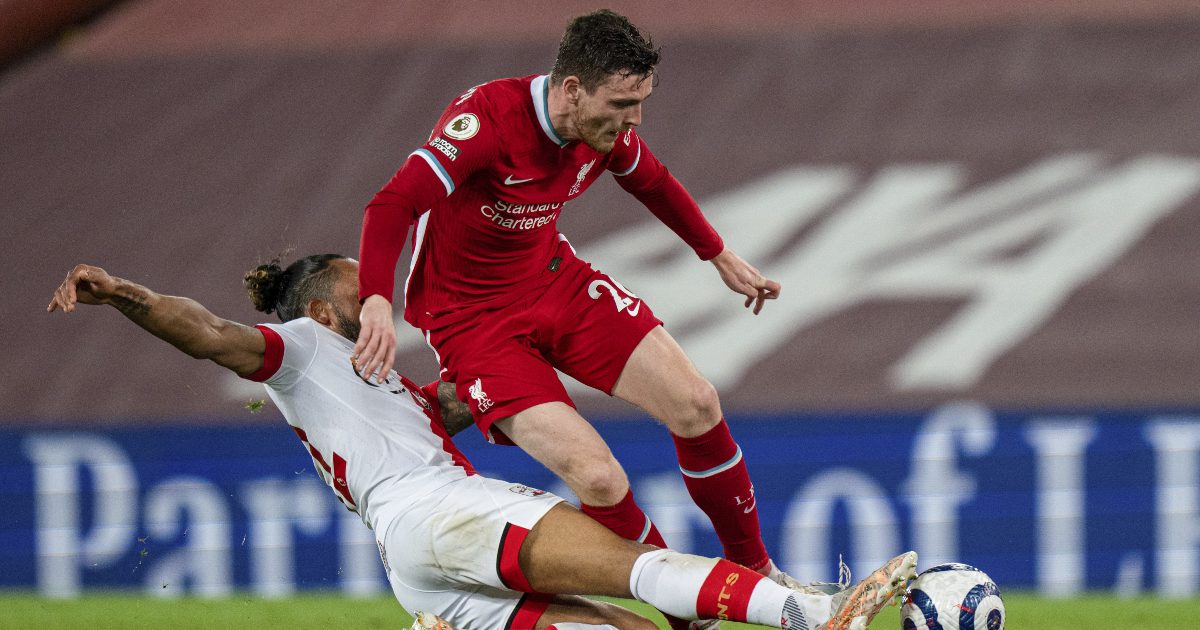 Former Liverpool midfielder Adam Lallana has suggested that the criticism of Andy Robertson “irritates” him.

Robertson joined Liverpool in 2017 from Hull City for a fee believed to be around £8m.

The Scotsman has played 177 times for the Reds since then and he has established himself as one of the best left-backs in world football.

The 2020/21 season was difficult for Liverpool. They spend much of the season outside of the top four but they ended the campaign well to finish third ahead of Chelsea and Leicester City.

Robertson was one of the Liverpool players criticised in 2020/21 but Lallana believes that was unfair. As cited by The Liverpool Echo, Lallana has told The Times that Robertson’s form in 2019/20 was incredible:

“People will point to last season and suggest he was not as good for Liverpool. That really irritates me.

“Firstly, what is that being measured against? Producing 15 Premier League assists from left back a season? Those numbers are out of this world. Incredible. So judging him on that output all the time is ridiculous.”

The defender will likely start for Scotland against England on Friday. Lallana also insisted that Robertson is intent on improving his national team:

“It is no coincidence that Scotland should qualify on Robbo’s watch.

“When I was at Liverpool, you could see how much he invested into going away on international duty; how difficult it was for him at times and how much pressure he put on himself to try and make sure the team delivered to create new history.

“You cannot change anything on your own but he would come back to the club physically drained because, during that week-and-a-half away, he had been trying to ingrain a certain culture within the Scotland camp.

“When you are at Liverpool you are privileged to be part of an elite group. He did not want to be the player at Scotland who expects things done in a certain way to suit him because you are with a set of lads from different clubs with different philosophies.

“But Robbo was intent on driving new standards.”