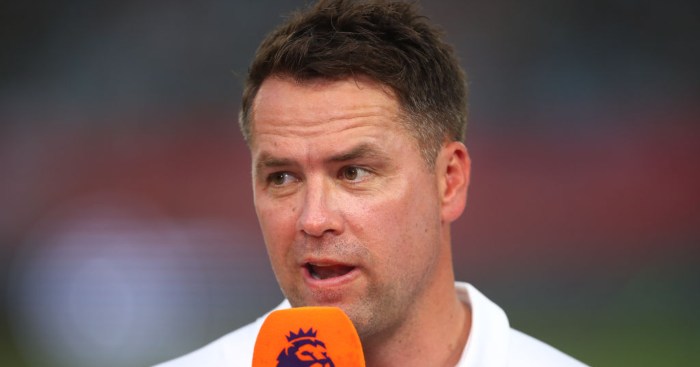 Michael Owen admits he has regrets about joining Newcastle United and viewed the move as a “downward step”.

The former England international moved back to the Premier League in 2005 with the Magpies, a year after swapping Liverpool for Real Madrid.

An injury-ravaged spell on Tyneside meant he only made 79 appearances in four years at St James’ Park, before heading to Manchester United on a free transfer.

“I should have followed my gut instincts,” Owen wrote in his book Reboot – My Life, My Time (serialised in the Daily Mirror).

“I didn’t want to go there – my heart was set on a return to Liverpool.

“From a career perspective, there was no doubt in my mind that a move to the North East was a downward step.

“As unpalatable as that opinion might be to Newcastle fans, that’s more or less what I felt.”

On former Newcastle chairman Freddy Shepherd, who once said he would “carry Michael Owen back to Anfield,” Owen added: “Freddy was only doing what all the fans constantly do at almost every football club.

“They believe their club is 10% bigger and their team is 10% better than it actually is.

“This kind of blind delusion is especially true of Newcastle United – which, as I reach for the nearest tin hat, is only a big club in the sense that it has a lot of fans and a big stadium.”

There was a watershed moment for Owen in May 2007 that “irreparably impaired” his relationship with Newcastle fans when he was booed off on a stretcher during their 1-1 draw with Watford.

“When I got home, I switched on Match of the Day to watch the game and I could hear Newcastle fans, my fans, singing: ‘What a waste of money,'” Owen continued.

“I can’t deny their actions that day changed things for me.”