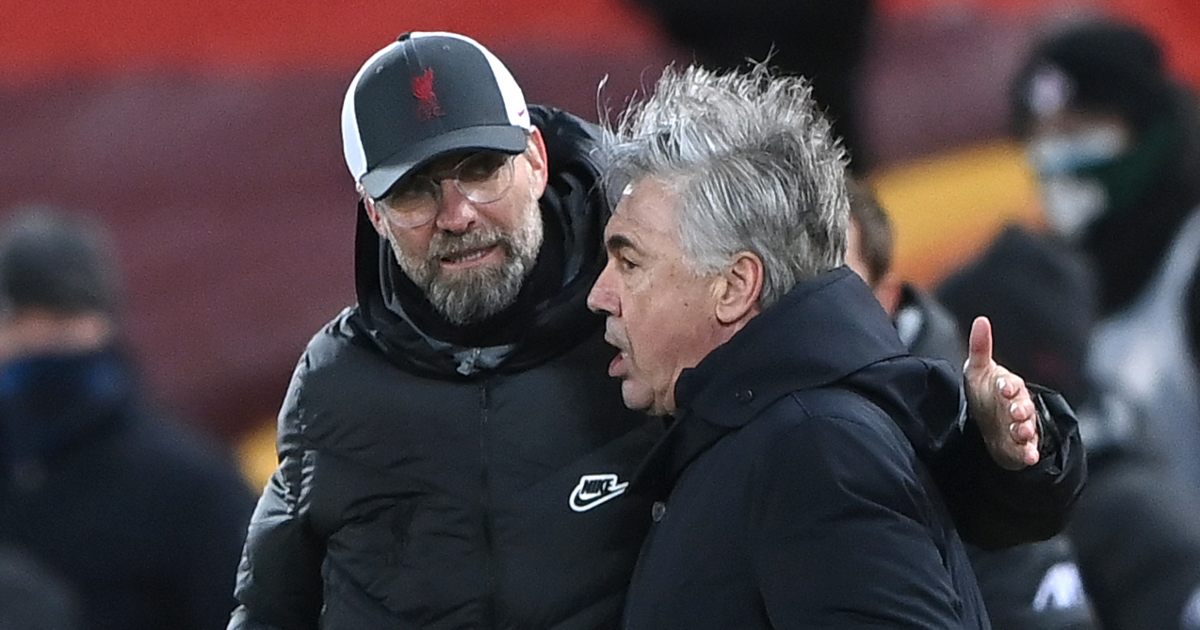 Former Liverpool midfielder Danny Murphy predicts Everton will sneak into the Premier League’s top four ahead of Jurgen Klopp’s side this season.

The Reds have been on a terrible run of form recently with their 1-0 loss to Chelsea in midweek their fifth Premier League loss in six matches.

That has seen them slip down to seventh in the Premier League table with City rivals Everton up to fifth after three wins on the bounce.

And Murphy reckons Carlo Ancelotti’s men have enough to beat Liverpool into the top four and claim Champions League football for next season.

“I would have said Liverpool would bounce back but I haven’t seen enough unfortunately and that’s hard to say coming from me,” Murphy told talkSPORT.

“I think Everton might sneak in, and it pains me to say that, as they look really strong defensively at the moment.

“The looks of (Ben) Godfrey have been terrific, (Mason) Holgate, (Michael) Keane, they look really difficult to beat.

“Sometimes, at this stage of the season, it’s not about how good you look on the eye. It’s how you are getting over the line in games.”

On Thiago Alcantara’s struggles at Liverpool, Murphy added: “If he’d have walked into the team, sat in front of (Virgil) Van Dijk and (Joe) Gomez, alongside Fabinho and (Jordan) Henderson, for example, you’d be seeing a different player.

“He might not be the dynamic, box-to-box midfielder everyone thinks Liverpool need but when you are playing well, and back to playing well, you will see someone who can control tempo and do everything in midfield you need to do.

“I think he’ll be fine when they get everyone back.”