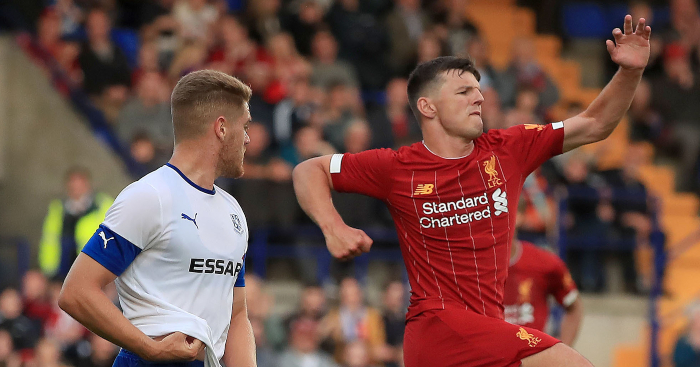 Former Liverpool youngster Bobby Duncan turned down a move to Manchester United in favour of Fiorentina as he ‘didn’t want to betray’ his former club.

Italian agent Vincenzo Morabito, who worked closely with Duncan and Rubie in securing the teenager’s switch to Italy this week, revealed that the young star turned down a move to bitter rivals Man Utd out of respect for his boyhood club, reports the Mail Online.

Duncan’s agent, Saif Rubie, secured his client’s £1.8 million move to Fiorentina after claiming his client was being ‘bullied’ by Liverpool.

In the statement, Rubie said: “Bobby has not left his room for four days and will never go back to Liverpool.

“My only concern now is his mental health and well being.

“The Liverpool hierarchy have shown zero consideration to that and have even gone as far as saying in writing that they will punish him and make him stay at the club until January to teach him a lesson.

“It’s a sad state of affairs that a club such as Liverpool can be allowed to get away with mentally bullying and destroying the life of a young man such as Bobby.”

Liverpool had previously stated that Duncan would not be sold as offers from the Serie A side and Danish side FC Nordsjaelland were considered “derisory and unrealistic”.