Home All The News Ex-Liverpool man: Xhaka must ‘up his game’ at Arsenal 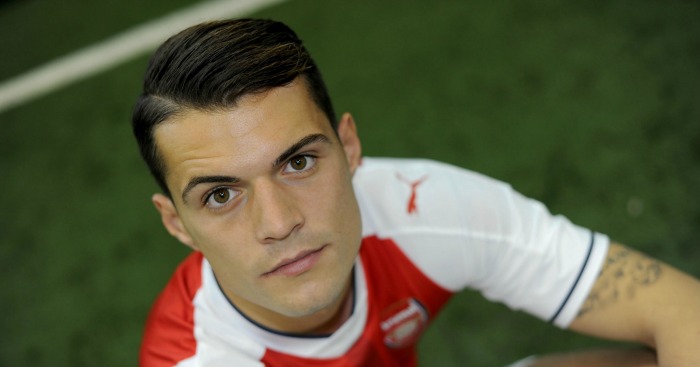 Granit Xhaka must “step up his game” if he is to impress at Arsenal, according to Stephane Henchoz.

Xhaka will become Arsenal’s first signing of the summer after agreeing a ‘long-term contract’ with the club last month.

The Borussia Monchengladbach midfielder will officially complete a £30m move to the Emirates Stadium in July, after competing in the European Championship with Switzerland.

Speaking to talkSPORT, former Liverpool defender Henchoz, capped 72 times by the Swiss national team, said that the 23-year-old must improve if he is to impress at Arsenal.

“He is a good player but I don’t think he is yet a top player,” Henchoz said. “He can improve with his move to Arsenal obviously, but he will have to step up his game.

“He has got a great range of passing. He can play with both feet, short, long passes, he has got good height, he can score goals – long range shots he has got no problem with. But with the national team he hasn’t delivered just yet.

“We played Belgium at home last week and we expected more from him. We expect him to be the leader that gets on the ball every time and he hasn’t done that just yet. He was more comfortable with his side in Germany, Monchengladbach.

“For Arsenal fans, they can look forward to Xhaka in the team, but he will have to step up his game.”