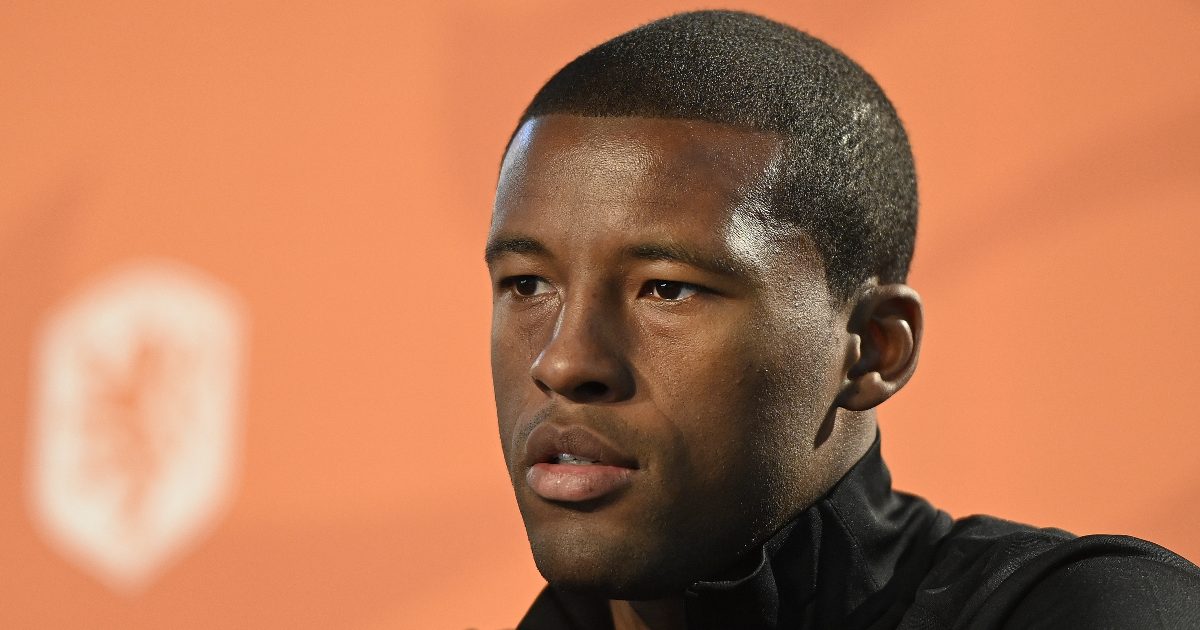 Former Liverpool star Georginio Wijnaldum has admitted that he is not “completely happy” with his current situation at PSG.

The 30-year-old spent five years at Liverpool between 2016 and 2021. He joined them from their Premier League rivals Newcastle United.

During his time at the club, Wijnaldum was a key figure in their midfield as they won the Premier League and Champions League.

The Dutchman’s contract expired in the summer. He was linked with Barcelona before he secured his move to PSG.

Wijnaldum has played eleven times for the French side this season. But according to information from transfermarkt, he has only played 502 minutes across all competitions (just over five full 90 minutes).

As reported by the Liverpool Echo, Wijnaldum suggested that not playing is a “primary concern” for every player:

“I can’t say I’m completely happy, because the situation is not what I wanted.

Elsewhere, Ian Wright has praised Liverpool star Mohamed Salah for sorting any concerns that he was not willing to pass to Sadio Mane:

“And they do, they do celebrate with each other. I think there was a time when Mane came off [Burnley in 2019]. They have obviously sorted that out now.

“Mo says he is a winger but then he does show traits of being a striker.

“There are times where I see that he could have passed, but I say to myself ‘I wouldn’t have passed that’.

“He’s somebody that, when you get in the box, I wouldn’t complain about or call selfish because Mo Salah scores and he assists. When he doesn’t pass to you, you know he will at some stage.”