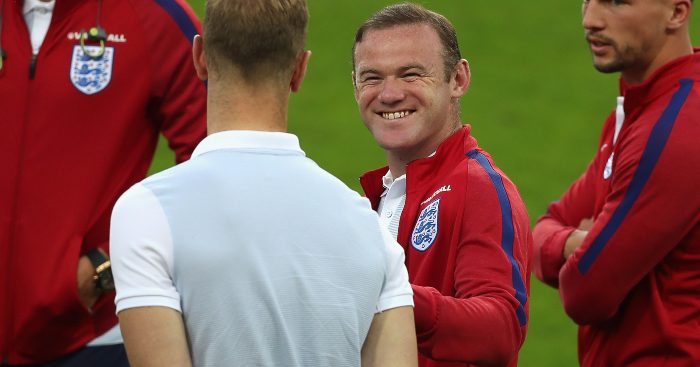 Former Liverpool striker has suggested that the Reds should have made a move to bring Wayne Rooney back to the Premier League.

Rooney is returning to English football in January when he will join Derby County on a player-coach deal upon the end of the MLS season with DC United.

Ex-Derby and Liverpool striker Saunders believes the England record goalscorer’s signature represents a great deal for the Rams and, unable to understand why Rooney left the Premier League last year, the pundit floated the idea of Jurgen Klopp making a move for the star who turns 34 in October.

Saunders told talkSPORT: “I think the whole thing is a mystery.

“When he left Everton he was top of assists, he and Gylfi Sigurdsson were level, he was top goalscorer and had the most key passes, and they let him go.

“He was still only 31 at the time, he scored 250 goals for Manchester United and he’s England’s highest scorer.

“30 now is not the 30 that we knew, with the nutrition and everything. I know he hasn’t lived his life perfectly, but who has? And he started young at 16, so an argument could be that he’s played all that time and he’s burned out.

“But he could definitely still play in the Premier League and a club should have gone for him.

“Have you seen the goals he’s scored in America? He must be thinking to himself, ‘this is not a challenge for me’.

“I was even thinking, it crossed my mind, if he’s fit and he’s hungry, you know who need that type of player? Liverpool.

“They could do with someone who can play in midfield and turn defence into attack, hit defence-splitting passes and score goals.”

Saunders began to backtrack immediately, perhaps realising that even for him, this is absurd idea.

“Obviously Rooney probably wouldn’t get in Liverpool’s team,” he continued. “But he could definitely play for other Premier League teams, maybe mid-table. He could get in Crystal Palace’s team, he could get in Aston Villa’s team.

“The only reason he’s not playing for a top-six club is because his legs are not what they were, and maybe because the candle inside, that burning desire, maybe that’s not as bright as it was.

“You’d have to get him in, look him in the eye and ask, ‘Wayne, are you here for the ride or are you here because you’ve got that Wayne Rooney fire in your belly where nobody takes the ball off you, you want to win and you want to drive your team-mates on?’

“But it’s a great signing for Derby if he signed for them.”