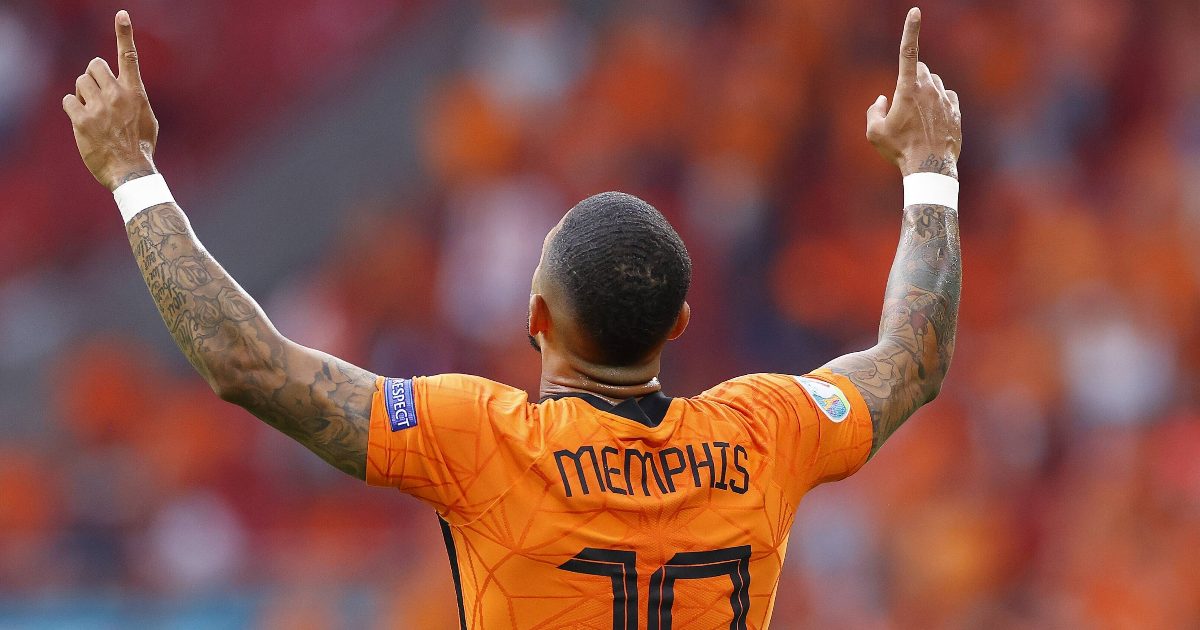 Former Man United forward Memphis Depay will join FC Barcelona on a free transfer from Lyon when his contract expires at the end of this month.

Depay, 27, has agreed a two-year deal, with the former Manchester United and PSV Eindhoven man set to link up again with former Oranje boss Ronald Koeman at the Nou Camp.

A statement on the LaLiga club’s website read: “Barcelona and Memphis Depay have reached an agreement for the player to join the club once his contract with Olympique Lyonnais is at an end.

Depay, who is with the Dutch squad at Euro 2020 and scored a penalty in the Group C win over Austria, becomes Barcelona’s third free transfer signing of the summer following the arrival of Manchester City duo Sergio Aguero and Eric Garcia.