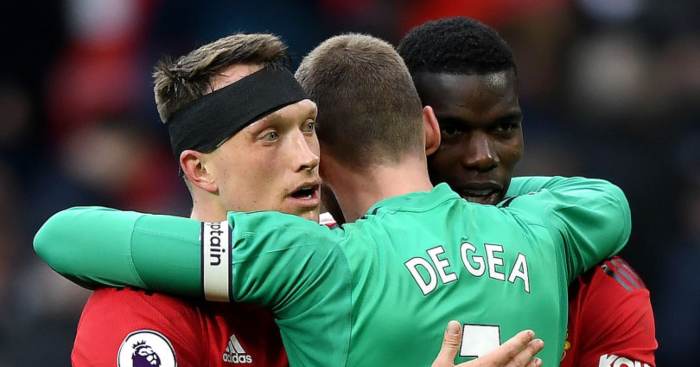 Manchester United must do everything to keep David de Gea and Paul Pogba while the club should consider letting Romelu Lukaku leave, according to former defender Danny Higginbotham.

The futures of De Gea and Pogba have been up for debate since the end of the season, with Real Madrid and PSG continually linked with goalkeeper De Gea and Real and former club Juventus wanting Pogba.

However, with the Red Devils finishing a whopping 32 points adrift of Premier League champions Manchester City last season, Higginbotham believes recruitment, as well as keeping their best players, will be key to United closing that gap.

Speaking on the Sky Sports Transfer Talk podcast, he said: “I think with De Gea, they need to be doing everything to try to keep him at the club. Lukaku, I think from Solskjaer’s perspective he’ll look at it and think ‘where does he fit into the system that I want to play?’

“Paul Pogba, I know a lot of people have given him a lot of negativity during the season and after what he came out and said last weekend but if you can get him to stay at Manchester United and be happy, he would be the type of player I would build the team around.

“But you have to have the players around him to allow him to go and express himself.”

As for what the future holds for Ole Gunnar Solskjaer at Old Trafford, Higginbotham hopes the latest Red Devils permanent boss is given time to make his mark.

He added: “I think the fans will be patient because they have Ole Gunnar Solskjaer as the manager and they’ll see he’s trying to build a new team. He’s a legend of the football club which will give him that extra amount of patience.

“United over the last few years have lost their identity of what they are on the football pitch and that comes because of the chopping and changing.

“You look at the top clubs around Europe, whether it be domestic teams or international teams, and those clubs have an identity.

“You know the way they’re going to play after five or ten minutes. But because of the changing, the constant turnover of players you’re not able to get that at United so patience is key now.”