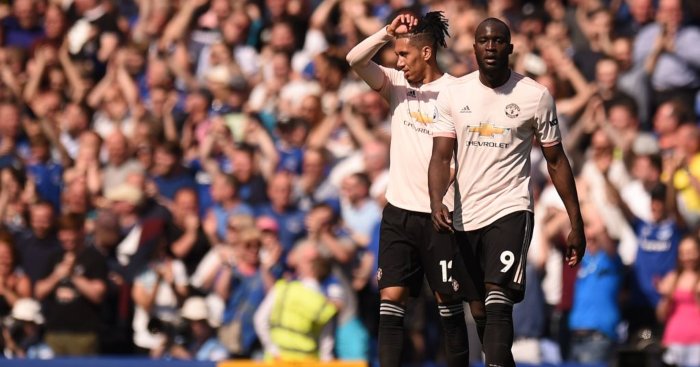 The former Manchester United team-mates were pictured either side of the headline on Thursday’s front page of the Italian daily, ahead of Friday’s clash between Roma and Lukaku’s Inter Milan.

The cover has attracted widespread criticism and the players had their say on Twitter on Thursday evening.

Smalling wrote: “Whilst I would have liked to spend the day focusing on the big game tomorrow, it is important that I acknowledge that what occurred this morning was wrong and highly insensitive.

“I hope the editors involved in running this headline take responsibility and understand the power they possess through words, and the impact those words can have.”

Lukaku called it the “dumbest of headlines”, adding: “You guys keep fuelling the negativity and the racisme (sic) issue (…) instead of talking about the beautiful game that’s going to be played at San Siro between two great clubs.

“Education is key (…) you guys of corriere dello sport should do a better job at that.”