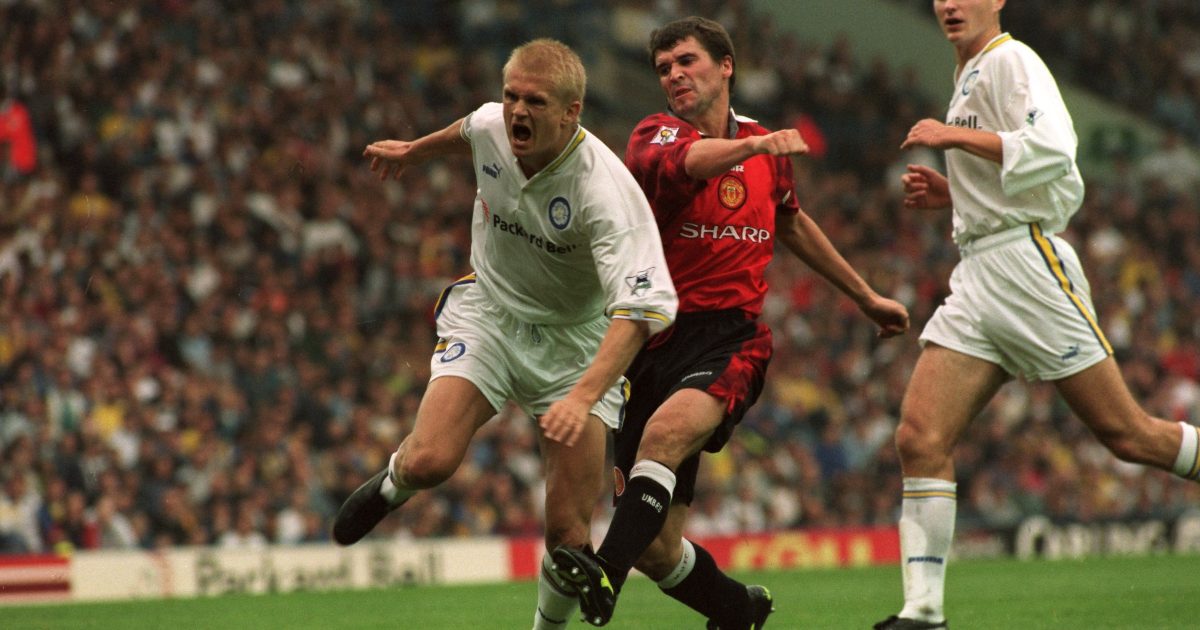 Ex-Man Utd midfielder Paul Ince believes it may be “tricky” for his former club to sign Erling Haaland due to his father’s “situation” with Roy Keane.

Haaland was linked with a move to Manchester United in 2020. This transfer did not come to fruition as he joined Borussia Dortmund instead.

The 21-year-old has scored a remarkable 80 goals from his 79 appearances for the German outfit.

The Norway international is expected to move on this summer as his £68m release clause will become active.

During his time at Leeds, a challenge from Haaland on Keane left the Man Utd star on the sidelines for the rest of the season.

Keane infamously got his revenge on Haaland. The Irishman purposefully kicked his rival when he was playing for Man City. Ince believes this conflict could prevent Man Utd from signing the Dortmund star:

“[United] need a striker. Haaland’s a tricky one because of the situation with his dad [Alf-Inge] and  [Roy] Keane at Old Trafford,” Ince said (via Manchester Evening News).

“I can’t see him going to Old Trafford just based on that, and if there’s no Champions League he definitely won’t.”

Elsewhere, Ray Parlour would consider subbing Haaland out of the top three forwards in the world right now for Liverpool striker Diogo Jota.

Jota has impressed ever since his move to Anfield, initially coming in as a squad player but now finding himself as one of the first names on the team sheet.

Parlour said: “What he’s done since (Mo) Salah and (Sadio) Mane have been away – Jota has been unbelievable. I think he’s the best number 9 at the moment.

“He’s been absolutely sensational since they (Liverpool) lost Mane and Salah (on international duty in AFCON).

“I like his work rate, they way he conducts himself, his goals he scores and I think he’s going to get better.”

Trying to add perspective, talkSPORT presenter Laura Woods responded to Parlour: “Hang on a minute. Let’s say the top three are (Kylian) Mbappe, Salah and (Erling) Haaland, are you subbing out Haaland for Jota?”

To which Parlour added: “Erm… possibly yes. I think Jota’s been brilliant. What a signing he’s been.”