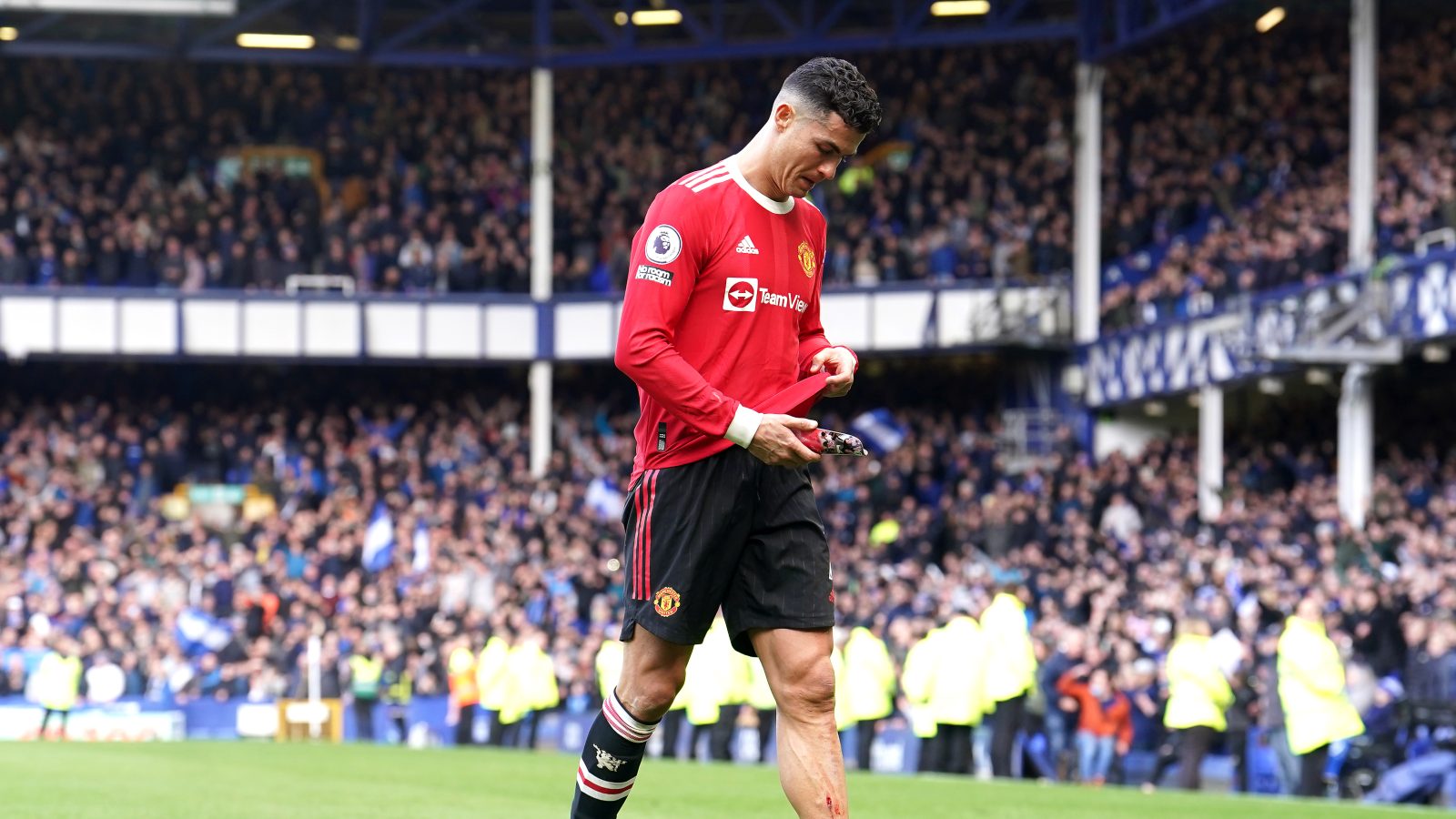 Former Manchester United midfielder Owen Hargreaves has claimed that Cristiano Ronaldo has had enough at the club following another defeat.

Ralf Rangnick’s side were beaten 1-0 by Everton on Saturday afternoon, a result which means United have won just once in their last seven in all competitions.

Portuguese star Ronaldo cut a frustrated figure throughout, struggling to have any sort of impact on the game.

Ronaldo has just 12 Premier League goals this season, a dip off from the numbers seen from him in recent years, and despite only re-joining the club last summer, has been linked with a move away.

Now, Hargreaves, who spent four seasons at Old Trafford, has claimed that Ronaldo has now had enough.

Speaking to Premier League Productions (quotes via Metro), Hargreaves said: “What went right? A lot went wrong. What did they do right?

“The effort isn’t there, their passing was poor, they didn’t have barely any shots on target. I don’t think they did much.

“There’s a top-four place at stake here. Look, Anthony Gordon played like it meant everything to him. Everton could go down, but United could be in the Champions League where they all want to be.

“Their names suggest that’s where they should be. But it didn’t feel like they thought it was must-win. You want them to put in a performance but we didn’t see it.

“There was no real quality. Look at Cristiano Ronaldo during that game, he has had enough. He got no service. He got nothing to him.

“There’s so many good players out there but really you’d expect way, way more from Manchester United.”

“I don’t think this should be an excuse. We are Manchester United. We have lots of international players. There shouldn’t be an alibi. There will be a new manager next season. If this is announced now or in 10 days it shouldn’t have an impact.