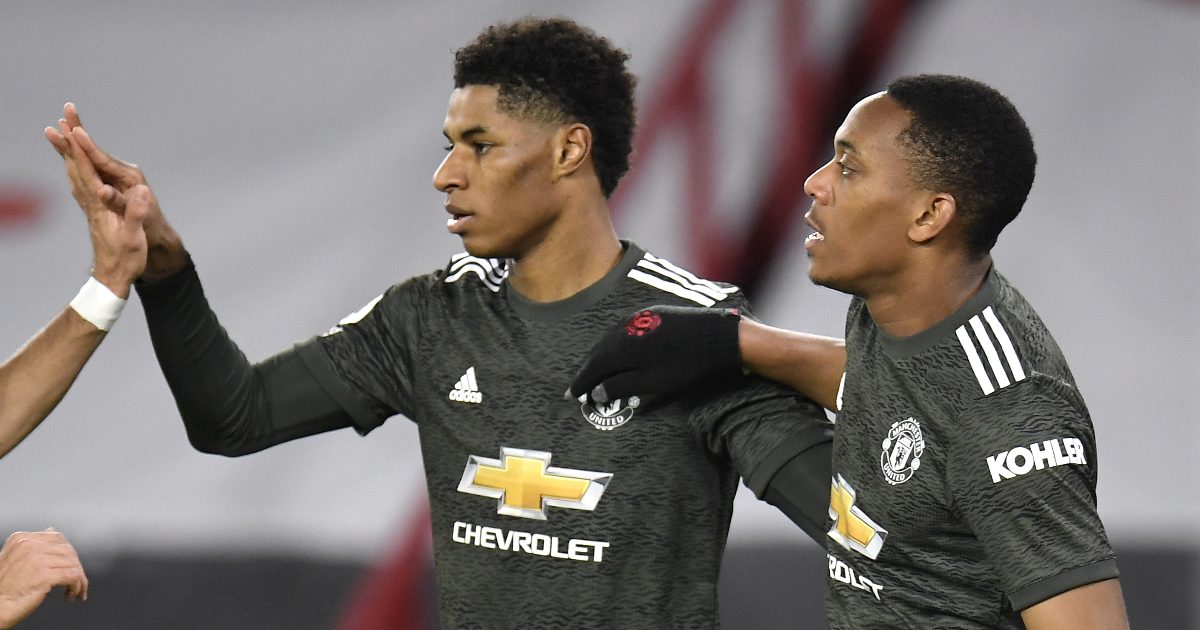 Ex-Man Utd man Paul Parker has taken aim at Marcus Rashford and Anthony Martial, as the attacking duo “don’t want to work hard” for the team.

The Red Devils have struggled so far this term. They currently sit eighth in the Premier League after 13 games.

Their poor form led to Ole Gunnar Solskjaer leaving the club just over a week ago. Ralf Rangnick has been confirmed as United’s new interim manager.

Rashford returned from shoulder surgery last month and he has played six times for Man Utd so far this season.

Martial meanwhile has only started twice for United in the Premier League this term. He has one goal from his nine appearances overall.

Parker has told Talk of the Devils that Rashford and Martial both do not want to work hard:

“You’ve got a young Mason Greenwood, being a young lad you wonder where he head is at,” Parker said.

“He was a key player a few weeks back, getting a good rapport at the back end of last season with Cavani and you could see Ronaldo was respecting what he was trying to achieve.

“I would play Greenwood in front of Rashford all day long. I’m just thinking why Rashford gets so much game time.

“You’re looking at it and there is nothing coming out of it to be perfectly honest. How does Martial get the game time in Villarreal, I really don’t know. It seems strange.

Man Utd face Arsenal in the Premier League on Thursday night. Paul Scholes has called for United to make two changes for that clash:

“[I’d] play a centre forward for a start,” Scholes said.