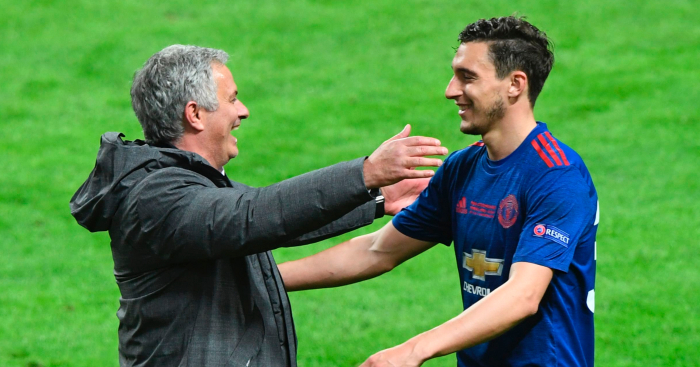 The Italian moved back to his homeland with Parma in the summer after falling behind Aaron Wan-Bissaka, Ashley Young and Diogo Dalot in the pecking order at Old Trafford.

“Van Gaal and Mourinho are two great coaches, they have won a lot, you know them,” Darmian told Tuttomercatoweb.

“They are two great coaches who have left me something positive and I thank them.”

Darmian also opened up on what it meant to him to play for Man Utd.

“The choice to go to England at the time was easy,” he added.

“It was an experience that I would do again, very important for my career, I went to confront myself with a different culture and football, and it certainly made me grow both on and off the field.

“The first two years I played more, then the last year and a half I played less but my desire to play pushed me to leave Manchester.”