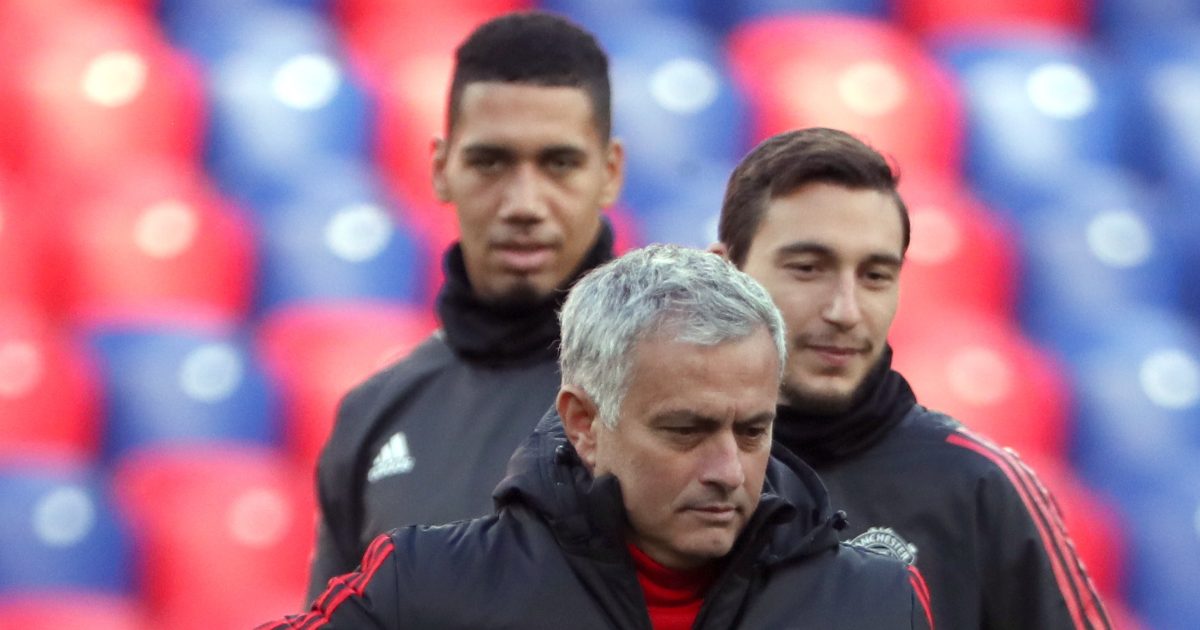 Former Man Utd defender Chris Smalling has suggested that the Roma squad are “surprised” but “excited” to work with Jose Mourinho.

Mourinho managed Smalling at United between May 2016 and December 2018. In that time, Man Utd won the double in 2016/17 as they lifted the EFL Cup and the Europa League.

The Red Devils made a bad start to the 2018/19 campaign under Mourinho. He was sacked in December with them 19 points off the top of the Premier League.

Smalling spent the 2019/20 season on loan with Roma. After impressing that term, the Serie A outfit paid €15m plus add-ons to sign him permanently.

Mourinho went onto manage Tottenham Hotspur, but he left them in April after around a year and a half in charge. At the start of May, it was announced that the former Chelsea boss has replaced Paulo Fonseca at Roma.

Smalling has been speaking on this appointment with BBC Sport. The defender has insisted that Mourinho is a “born winner” who pushes “everyone to the limits”:

“He is a born winner. He likes to push everyone to the limits. That is what he has done throughout his career and it has reaped results.

“It was quite a surprise to a lot of us, but there was initial excitement from everyone.

“I knew the media would build up something about our relationship in the past. But from a personal point of view, it is a good thing because I have played under him.

“We have won trophies together. He made me captain in one of those finals – the 2017 EFL Cup final – as well, so having the chance to play under someone who you know is good, has been so successful and is so determined to win trophies at all costs is a positive.

“I know how big a deal it would be to bring a trophy of some sort to the club.

“Jose’s history shows the club has picked the perfect man to do that.”