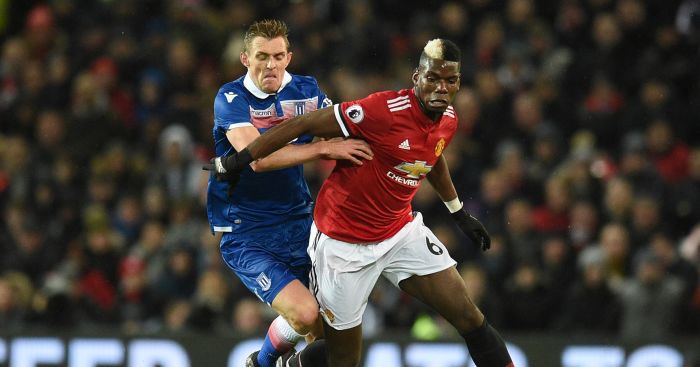 Former Manchester United midfielder Darren Fletcher has claimed that Sir Alex Ferguson didn’t trust Paul Pogba enough to play him because of his ill-discipline at the time.

The France international only made three Premier League appearances under Ferguson before moving to Juventus on a free transfer in 2012.

Since his return to Old Trafford for a then world record fee of £90million, Pogba has showed some amazing moments and good displays mixed in with instances of sloppiness and poor form.

Reports claimed earlier in the season that Pogba had fallen out with Mourinho off the pitch, while he has come under fire for his penalty taking technique.

And Fletcher, who appeared on Sky Sports’ Monday Night Football, suffered with a lack of discipline even when playing in the United reserve team during his time under Ferguson.

“I did a spell coaching with the [Manchester United] reserve team which included Paul Pogba, Jesse Lingard, Ravel Morrison – a lot of talented players,” Fletcher said.

“We played [Pogba] a lot higher up the pitch in attacking areas and we felt like he was the one that could go and win us games really.

“A combination of the fact that we felt he had a little bit of ill-discipline in the middle of the park as more of a central midfielder.”

And because of his failure to be reliable in the reserve team picture, Ferguson wouldn’t trust him enough to throw him into the deep end of the first team line-up.

“It goes back to that famous game which we though he left Manchester United off the back of, when we lost to Blackburn 3-2,” Fletcher added.

“Everyone was injured really, all the midfielders – Ji-sung Park, Phil Jones and Rafael had spells in midfield, and Paul was on the bench.

“I think at that time we didn’t think he was disciplined enough for the reserve team so to then to jump into the first team in an important game – people can see why [we didn’t start him].”