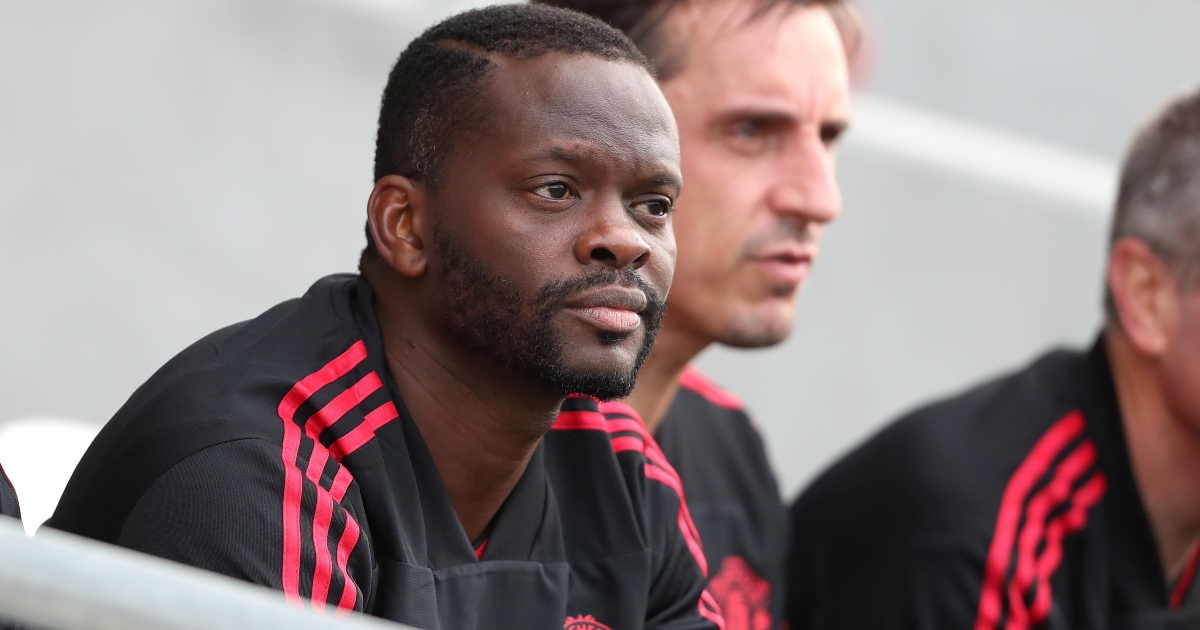 Ex-Man Utd striker Louis Saha has given his verdict on the sacking of Ole Gunnar Solskjaer, admitting it was “sad to see” but ultimately a “fair” decision.

The Norwegian was relieved of his duties on Sunday in the aftermath of Saturday’s 4-1 defeat at Watford.

He had been under pressure for weeks amidst Man Utd’s torrid run of form, with many calling for him to be sacked after an embarrassing 5-0 home defeat to Liverpool last month.

And Saha, who was Solskjaer’s team-mate at Old Trafford during their playing days, has discussed the sacking, expressing his sympathy for the 48-year-old.

“I think it’s always sad to see a good manager being sacked,” he said on Sky Sports (via Manchester Evening News).

“I think he’s done tremendously well but the decision I think was fair based on results and catastrophic performances. But he has built great foundations and done a terrific job at putting in confidence in the players, especially the young ones.

“It’s really hard and sad because you feel that sometimes the players themselves feel ashamed and don’t have the answers.”

United are now eighth in the Premier League table and have only won one domestic encounter out of their last eight.

On the defeat at Watford which saw the Red Devils slip further down the table, Saha said: “This is where it’s very troubling and you may disregard they played against a good side on the day but it’s reality. You’re too open in the first half.

“That’s not normal and that’s not the Manchester United standard so they have to do something as players and as a team.”

He added: “It’s the reality of managing a big club like Manchester United with massive pressure and legacy. But he can leave with his head up.”