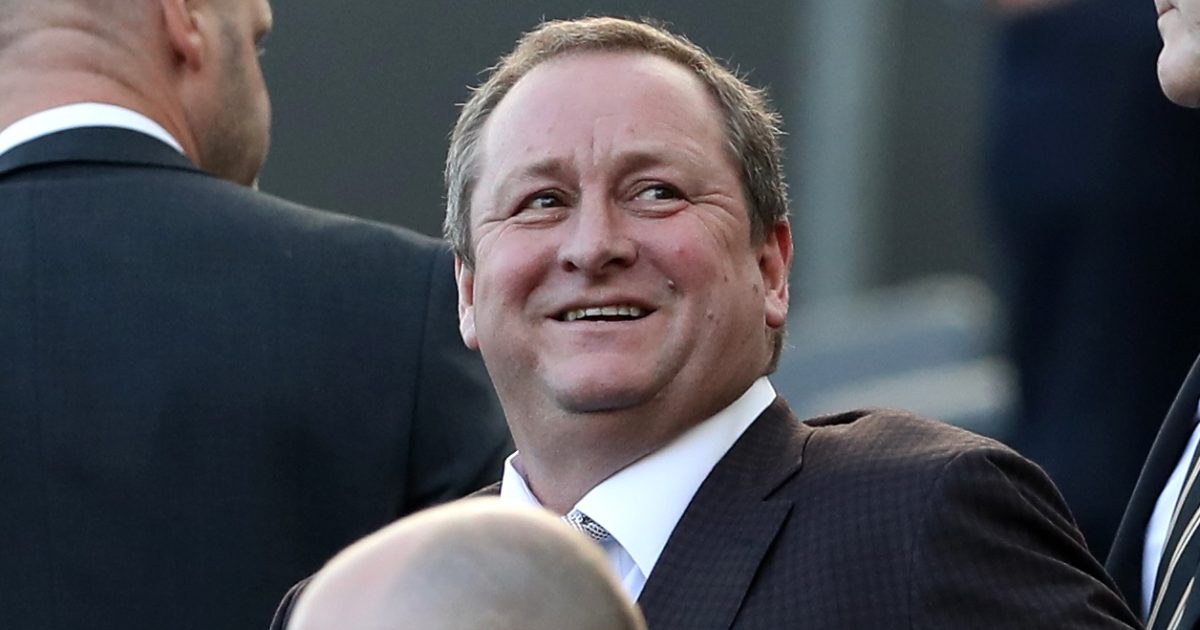 Former Newcastle United owner Mike Ashley is “preparing a £50m” bid to save Derby County from administration, according to reports.

Ashley was Newcastle United’s owner for 14 years up until 2021. After years of fan protests, he sold the club last October.

The Magpies now have significant funds at their disposal. They are expected to be busy this month as they attempt to boost their hopes of avoiding relegation.

Newcastle currently sit 19th in the Premier League. They made their first January signing on Friday as Kieran Trippier secured his move from Atletico Madrid. He has insisted that he “can’t wait to get started” at Newcastle.

Meanwhile, Championship side Derby County are in financial turmoil. They have been in administration since September and they have been deducted 21-points in the league.

Despite this, Wayne Rooney’s side have fared well on the pitch. They have been able to claw themselves into the fight to stay up as they are now eleven points adrift of safety.

The Telegraph revealed that Ashley is “considering” a takeover bid. American businessman Chris Kirchner was a leading candidate to buy the club, but he has pulled out of the running.

“But they are now facing competition from Ashley and his party, with a decision expected later this month over who can proceed with exclusivity negotiations.”

Sky Sports have indicated that Ashley is “preparing” an offer of around £50m to buy Derby. He is said to have been in “advanced discussions” with the club’s administrators “in the last 48 hours”.

Ashley’s bid would be the largest the Rams have received so far. The ex-Magpies owner is also reportedly seeking to purchase Derby’s Pride Park Stadium.