Home All The News Ex-player: Liverpool should sign Koulibaly to replace Van Dijk 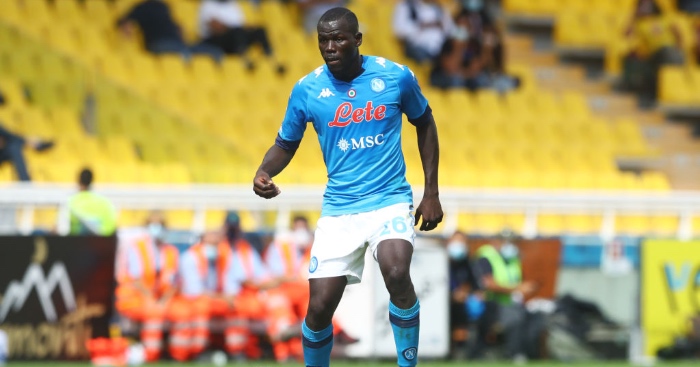 Van Dijk was injured in the recent Merseyside derby after a reckless challenge by Everton keeper Jordan Pickford.

The Dutchman could be out for the rest of the season as Liverpool plan for him to have knee surgery soon.

According to Hutchison, manager Jurgen Klopp should target Koulibaly as a season replacement for him.

Speaking to ESPN about a potential January transfer, he said: “You take Virgil van Dijk out of this Liverpool side – arguably one of the best centre-halves in Europe, the best by a country mile in the Premier League – it’s going to dent the optimism of Liverpool fans believing they can hold onto the title.

“If they can try and get through to January, with the window not too far away, it might push Jurgen Klopp, the staff and the guys above him to maybe go for a Koulibaly or one of those stellar signings to try and sure up that problem.

“Then when Virgil van Dijk does come back, you could have a sensational pairing.”

A January transfer for Koulibaly could start a Premier League battle for the player’s services. He was widely linked with a move to Man City during the summer, but the club eventually signed Ruben Dias instead.

He’s also been linked with a move to Old Trafford, although Man Utd continue to prioritise centre back wonderkid Dayot Upamecano.

Liverpool were recently told by former defender Jamie Carragher to target Upamecano in January. The Frenchman, alongside Koulibaly, is one of the most sought after defenders in world football.

Van Dijk’s injury could now de-stabilise Liverpool’s season if his replacements fail to perform well. They have Joe Gomez and Joel Matip currently available, although Gomez has received criticism in recent weeks.

Liverpool play Ajax next in Group D of the Champions League.