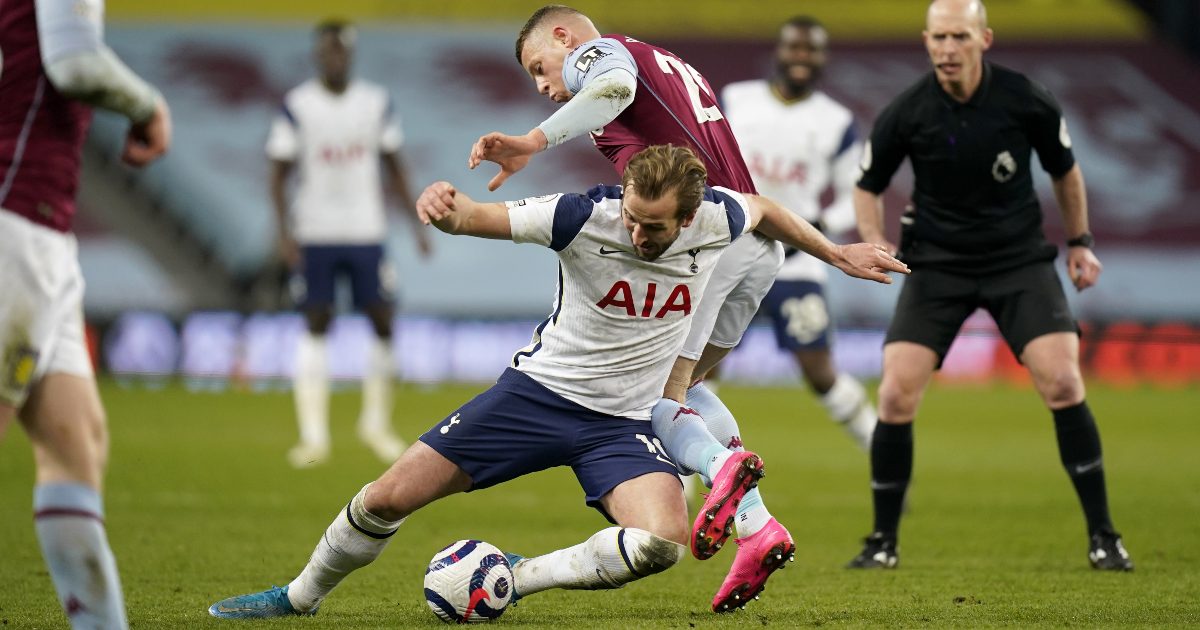 Former Premier League referee Keith Hackett has suggested that Tottenham forward Harry Kane goes down easily when he is challenged.

After several loan spells elsewhere, Kane broke into the Spurs first-team during the 2013/14 season. He scored four goals for them from his 19 appearances before the end of the campaign.

Since then, he has established himself as one of the best strikers in world football. He has now hit the 20-goal mark in seven straight seasons for Tottenham.

His best scoring campaign so far came in 2017/18 as he netted 41 times from 48 outings. He has added more assists to his game this season, as he has 30 goal involvements from just 27 games this term.

Kane looks on track to break Alan Shearer’s record of 260 Premier League goals if he avoids injury and stays in the Premier League. His future at Spurs looks uncertain as he has been linked with a summer move to the likes of Manchester United or Manchester City.

The forward has received criticism of late for the way he goes down to earn free-kicks and penalties. The latest example of this came last weekend against Aston Villa.

With Spurs leading 1-0, Kane was challenged by Villa defender Matty Cash and Mike Dean pointed to the penalty spot. The striker took it himself and he put his team 2-0 in front.

In an interview with Football Insider, Hackett suggested that Kane and other forwards go down easily to win fouls:

“I don’t think the referee was left with any other choice than to award a penalty kick.

“I think the referee’s experienced enough to judge it and he judged it well. They’re not easy you know because Kane, like many forwards now, does go to the ground easily.

“That makes the task of the referee very difficult and that’s why we have VAR.”

When asked about the incident, Gary Neville claimed that Kane was “cute” when he was challenged by Cash:

“He [Kane] is looking for the fact that Cash slides in,” Neville said. “It’s cute from Kane. Some won’t like it, but [it’s] naivety [from Cash]. If you go to ground in the box, you’ve got no chance.”