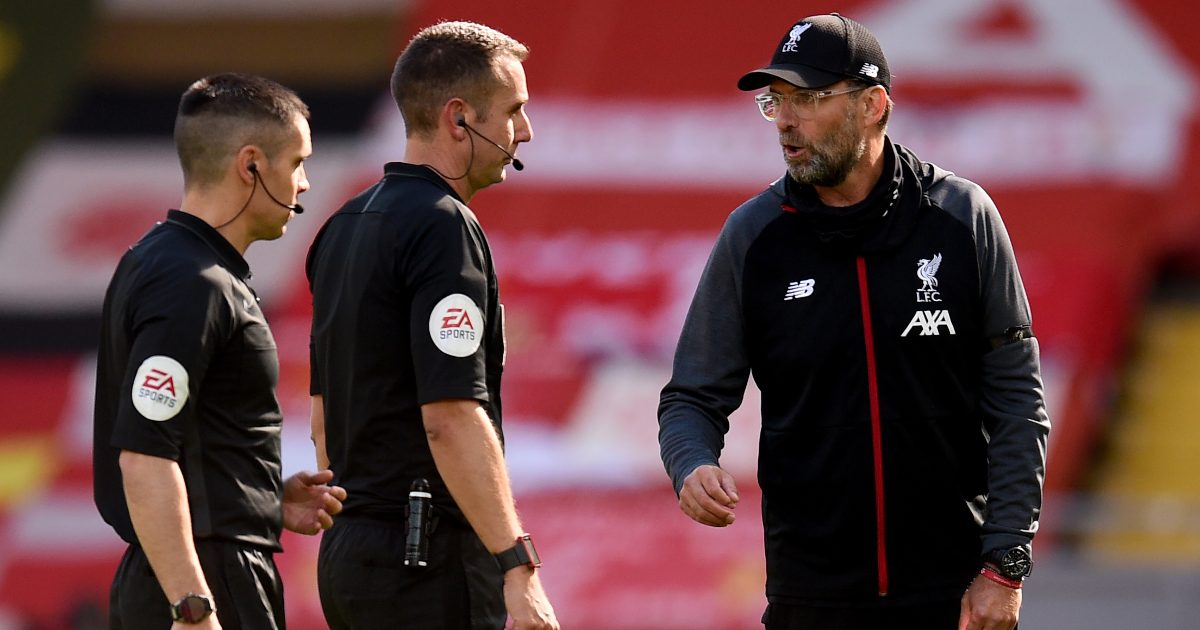 This is not the first time Hackett has criticised Klopp.

Last month, in an interview with Football Insider, he suggested that the boss was trying to “influence” referees:

“In the case of Klopp, is he pre-empting next week’s games and trying to influence the match officials?

“He may be trying to get in his head and I don’t think that’s helpful to the game.”

“The difficulty that the referee finds himself in is, he can be open to criticism for his application of laws of the game.”

In a separate interview with Football Insider, Hackett has now suggested that fourth officials can be too lenient when dealing with the Liverpool boss:

“First of all, I’m very clear that managers should not be allowed to come onto the field of play at the end of the game. Stop them coming on.

“Allow them to knock on the referee’s door 30 minutes after the game to seek clarification. If they’re not happy with the referee’s explanation they can talk to the match delegate and explain their frustration and put it in a written report. All they have to do is write.

“To some degree, fourth officials are weak and are ignoring it. Sometimes, it’s not what he says, it’s how he communicates.

“I think the FA might want to write him a four-page letter explaining his misdemeanours and that we want an improvement in his behaviour. A shot across the barrel.”