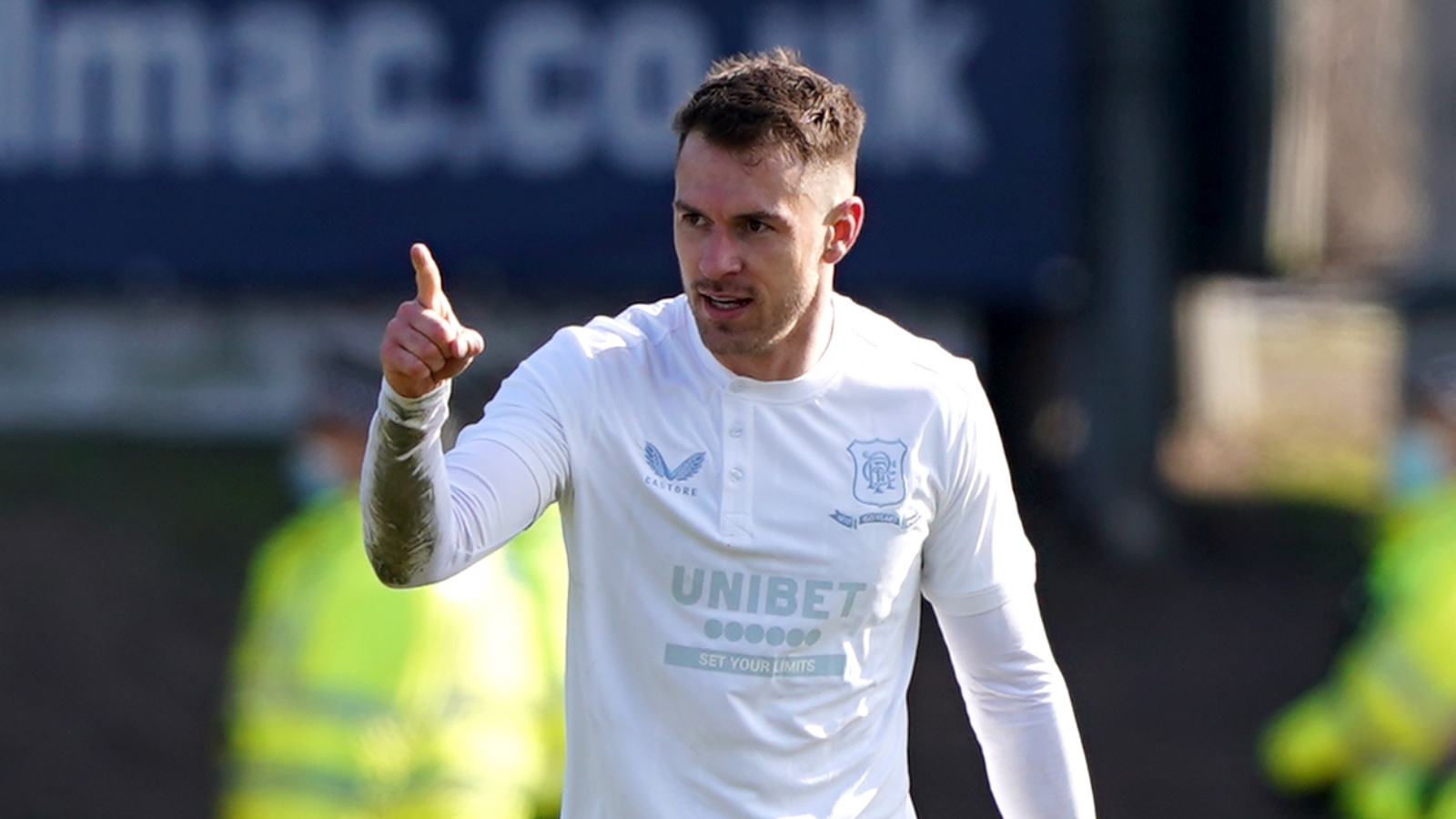 Alex McLeish believes Aaron Ramsey will have a key role to play for Rangers against Celtic, with Alfredo Morelos ruled out.

Giovanni van Bronckhorst’s side welcome their arch-rivals to Ibrox on Sunday in a huge Scottish Premiership encounter.

The Hoops are three points ahead at the top of the table and have a substantially better goal difference than their Glasgow rivals.

Momentum shifted in the title race after Ange Postecoglou’s men battered the Gers 3-0 at Celtic Park back in February.

Morelos aggravated an injury on international duty with Colombia and returned to Glasgow on crutches. It was later confirmed that he would miss the Old Firm clash this weekend.

Kemar Roofe is likely to start in Morelos’ absence. Ex-Rangers boss McLeish is not convinced that the Jamaican striker can lead the line, however, suggesting that Ramsey should play further forward, to support him, against Celtic.

McLeish told Football Insider: “Can he fully replace Morelos as a lone striker? I think he needs to play with somebody.

“I think they need somebody next to him or at least somebody who can get very close to him. Possibly, Ramsey could do that with his attacking prowess and skills in the final third.

“Certainly, I think Ramsey can play more forward. It’s not for me, it’s obviously for Giovanni to decide.

“Last year, when Roofe was in the team against Celtic at this stage of the season, Rangers won 4-1 at Ibrox. Roofe got a couple, Morelos scored too.

“Roofe, I think, needs a guy beside him. Him being up on his own, I’m not so sure. Last season he was the guy who got goals when it mattered.

“You’re not going to launch it up to him and hold it up. If it’s a sensible pass, of course he can do it.

“If you’re asking him to be aggressive and a big strongman, I don’t think that’s his game. He’s certainly got the eye for goal.

“We saw it last season. He played a one-two and he was the guy on the end of the ball. Coming into the box, he scored a great header.”