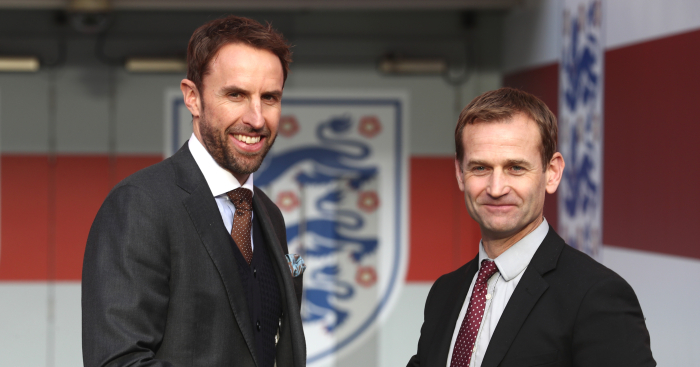 Manchester United have added four new names to their shortlist for their planned new director of football role.

Man United are expected to appoint a director of football for the first time in their history by the end of the season.

The difficulties faced in the summer transfer window has convinced the club that a middle man between manager Jose Mourinho and executive vice-chairman Ed Woodward is a necessity.

They have since added four more, including two potential internal appointments.

According to The Sun, United could choose to promote from within, as chief scout Jim Lawlor and head of global recruitment Marcel Bout will be ‘considered’.

But FA technical director Dan Ashworth is also ‘in the running’, while RB Leipzig chief and Eastenders extra Paul Mitchell has also been named as a candidate.

Mitchell impressed as Southampton’s head of recruitment upon his appointment in 2012, taking up the same role with Tottenham two years later.

He is thought to have played a key role in the signing of Dele Alli from MK Dons, where he spent four years as a player.